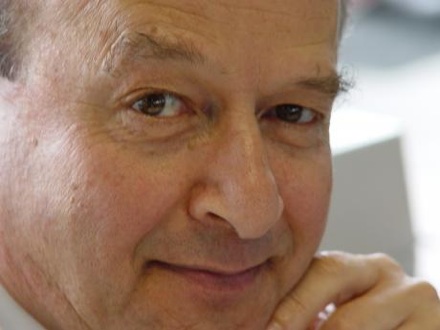 He was born in Arak, Iran, on July 24, 1940, (2nd of Mordad, 1319) and raised in Tehran, one of eight children, and the only son. Exactly one month before his 24th birthday, on June 24, 1964, he arrived in the United States for the first time, at what was then called National Airport in Washington, DC. And aside from a brief time in Blythe, CA, and in Frankfort, KY to attend school, the Washington area is where he remained and where he raised a family, along with my Mom, who has been with him through it all, thick and thin, up and down, to heaven and hell and back again, for 45 years.

Dad’s not an “athlete” in the traditional sense of the word, but very much the outdoorsman. If you were to look for him at a football pitch, for example, you’ll sooner find half of the FBI’s Ten Most Wanted. But go to a nature trail, out in the woods, or on a mountain, and there you will find Dad, sometimes with his binoculars, or his camera, or both. Me, I was into cars and rock music. He would see a mountain range and gush, “Look at that, Kav! Isn’t that beautiful?” I wasn’t even 5. At that time, it looked like dirt, rocks and trees to me. I was still drooling over the cool cars I saw on the road on the way to these wonders of nature.

Sometimes I found myself sitting next to him in his college classes. On one such an occasion I sat in on his zoology class, on a day they were studying craniofacial features on the skeletons of mammals. I knew what a maxilla was before first grade by sitting in with him that day. There were times when Dad would be in the living room dissecting a frog or an eel. And what am I doing? Watching Bugs Bunny or The Flintstones going, “Mom!? What’s for dinner?” Just thinking about it, I can smell the formaldehyde.

Dad’s not the type to lose his cool, even when I gave him reason. He wouldn’t raise a hand or anything like that. His idea of “punishing” me was taking one of his belts and wrapping it around my waist, leaving a few inches of slack in the back. He would then lift me up and “hang” me on the door knob. There I would be, feet flailing, looking like a dork. I think he did it more for his own amusement than for anything else.

The last time we were in Iran was the summer of 1971. I didn’t know I was even going. My parents and I went to JFK, and I’m thinking he’s going by himself. Next thing I know, I’m going on the plane with him, and my mom isn’t. I cried myself to sleep on the plane and woke up in London the next morning. By the time we arrived in Tehran, it was nighttime again, and I’m getting hugged and kissed by every relative, wondering where am I. While were back home, Dad took this old bicycle that was in the house and we walked a couple of blocks to a shop to get it fixed so I could ride it. There was also a boy named Babak who lived down the street from us who, for reasons I forget, got on my nerves, and I popped him. If you ever happen to read this, Babak, I’m sorry. In 1973, when my mother was about to give birth to my brother, no one under 16 was allowed above the lobby floor at the hospital. No one except me, I guess, because I sat in the waiting room watching pre-season NFL football in the maternity lounge with a bunch of nervous expectant fathers pacing about, including my own. Dad wasn’t about to leave me alone in the lobby for who knows how many hours. So into th eelevator and upstairs I went.

No one complained about me though, because I was quiet, partly because my Mom wouldn’t let me watch a football game on TV, so I wasn’t about to squander this rare opportunity. It was the Redskins vs. the Colts, when they were still the Baltimore Colts. My brother arrived before the end of the game, so I don’t know who won.

Dad and I would go on hunting trips. Well, not really hunting trips. More like, “let’s go to the woods with rifles and if anyone asks, we’ll say we’re on a hunting trip”. Although I do recall one time where he actually put his hunting license to its intended use, most of the shooting was of photos. A hunting rifle in one hand and a camera in the other. The camera usually saw more action, but we always still carefully cleaned and oiled the rifles as though we had just returned from some tremendously successful African safari. The last “hunting trip” was in 1981. We went to a friend’s farm in rural Virginia, where the deer must have known Iranians were coming because the only thing we really caught was cold.

On May 25, 2000, Dad and I set out on one more excursion. I was moving to California, and he was coming with me to help me move, but more importantly, get in some more one on one time like we used to, before work got in his way and before I, well, got in my own way. There we were, Me, Dad, and my cat, sitting in between us in the rental truck. At stops for gas or refreshments, my animal-loving Dad would take the cat for a walk on a leash, as though she were a dog. You truly had to see it to believe it. A grown man, walking a house cat at a gas station in Indiana. And in Missouri. And in Oklahoma. You get the idea. On Memorial Day, 2000, we crossed the state line from Arizona into California. And throughout that trip, he was still marvelling at things we encountered. The trees, the mountains, the valleys, the overall scenery. “Look at that, Kav!” Just like before.

I’m trying to sort this all out in my head, as well as my heart. One is spinning, and the other is shattered. Even though we knew this was coming, I tried to pretend that it wouldn’t, hoping against hope that this miserable evil cancer that tortured him for nine months would go away and leave my dad alone. But no, it didn’t.

It took away my mom’s husband and as she sometimes affectionately said, “roommate”. It took away my brother’s dad, close friend and best man at his wedding. I mention that because out of the many weddings I have attended, only my Dad epitomized the meaning of the term and the role. reciting Rumi’s poetry in a way that brought everyone to tears. Most couldn’t understand what he was saying as he was reciting it in Persian, but it was in the way he spoke that evoked those feelings. Out of people he hadn’t even met yet, no less.

It took away my daughter’s Baba Joon, who she was just starting to get to know. She is his little “pedarsookhteh”.

It took away the only brother of Shahin, Parvin, Simin, Sousan, Soonia and Fariba. To their children, and the children of his sister Hermin, who predeceased him, it took away their “Daayi Siamak”.

It took away a dear friend, and a respected colleague to countless people. Many of them, with genuine affection and respect, addressed him as “Mr. Mack”.

It took away someone who is both a gentleman and a gentle man.

It took away someone whom I adore and treasure. My Dad.

I Love You, Baba. Shab Bekheir.