SHIVA ROSE-McDERMOTT: Gharibafshar’s daughter in “The Young and the Restless” 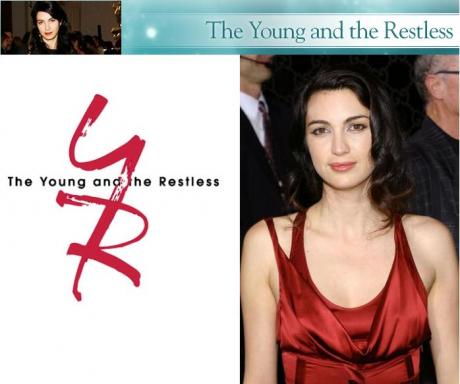 Since January 21st a new character has joined the Crew of the Longest Lasting Soap Opera: The Young and the Restless. Shiva Rose is the daughter of Iranian Veteran Talk Show Host Parviz Garibafshar. She Starred in Jay Jonroy’s Romantic Comedy David and Layla in 2006.

Watch Her Appearance on the Y&R here

“Shiva Rose shows up at Restless Style’s ‘Men We Love’ party. She’s a pal of Chloe and Billy’s from NY. Chloe and Billy both ask Shiva to keep the fact that they dated a secret.”

About Shiva Rose on Y&R:

Soaps.com readers will be graced with the presence of yet another beautiful and accomplished guest on The Young and the Restless, when actress Shiva Rose appears on January 21 as herself!

While still attending college, Shiva founded Resource, a program which helped to feed the homeless. She is a sponsor for VIP, which aids abused children, and is also active in the fight against AIDS, and in the effort to end violence against women. Shiva was also asked to be a spokesperson for Amnesty International’s Refugee Program.

If that’s not enough, Shiva is also a known fashion maven, who once worked for Betsey Johnson. She has done a handful of television appearances in Primetime, on shows such as CSI: Miami and Las Vegas, and also has an accomplished career in film. The daughter of the ‘grand showman of Iranian TV’, Parvis Gharib- Afshar, Shiva has had roles in nearly a dozen movies, including, The First $20 Million is Always the Hardest, Red Roses and Petrol, and David and Layla, for which she won two separate awards for Best Breakthrough Performance!

Soaps.com is excited to see how Shiva will fit into the storyline on Y&R! It’s always a pleasure to have a new, beautiful face turn up in Genoa City – even if it’s only for a day!

Do you like the guest stars and cameos that pop up from time to time on Y&R?