Khamenei in Coma, a rumor that could be true? 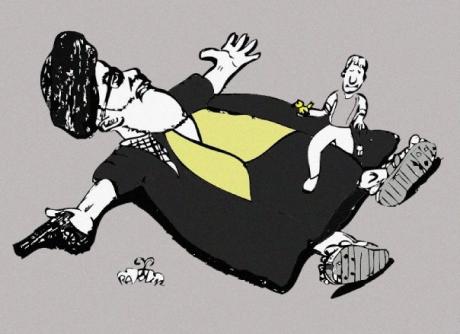 Rumor has it that yesterday afternoon at 2.15PM local time, Khamenei collapsed and was taken to his special clinic. No one except his son and the doctors have since been allowed to get near him.

If true and if he dies then one could expect a three day chinese whispers game similar to Khomeini’s death announcement being played by the authorities. The security forces would be deployed, but this time with the added fear of an uprising from Rafsanjani, Karubi. Mousavi camp.

Rumors of Khamenei’s ill health have been circulating for a while and it is possible that given his ill health the Billions of dollars that ended up in Turkey was a measure to have funds outside the country ready for his family or the conservatives to have the resources to fight back or perhaps settle somewhere else if the current turmoil proved too much.

The Blog which seemed to have triggered off this News seemed to be this:-

PrevPreviousIsrael to Turkey FM: If you want to visit Gaza, don’t come here
NextTurkey rules out any Israeli censorship against TV seriesNext