What I Found When I Hacked Into JJ’s E-Mail, Part II 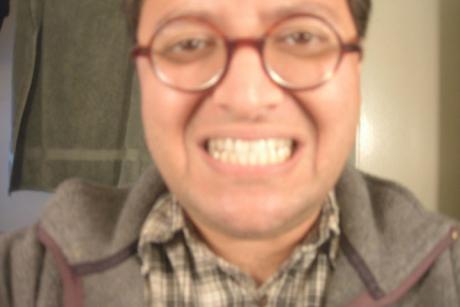 In the first installment of my blog, I had promised you that I will post a copy of the new Iranian.com comment policy, which I had found among JJ’s emails when I hacked into it.  It was in an email from JJ to his lawyer, Ira Goldstein.  He had asked Attorney Goldstein for his approval of the new policy before he officially posted it on his site.  Armed with this new information, I expect each and every one of you to behave yourselves from this point on and contribute even more to this site.  Here it is.

Iranian.com is a forum for Iranians of all ethnicities, religions, races and educational backgrounds, who agree with me on all issues, to share their ideas and their detailed visions on how to create another clusterfuck and bring about another hundred years of misery to our homeland of Iran.  To achieve that end in an organized and non-clusterfuck fashion, I, Jahanshah Javid, the owner of this site, have devised the following rules and regulations regarding comments on my (that’s right, it’s mine – not yours) site:

I rule this site.  To me, all you so called “users” of this site are nothing but a collection of ants who are working on my ant farm so that I can make mountains of money by bragging about the number of clicks on my site to advertisers, make loads of money and vacation in such places as Nice, London, Paris and Madrid.  So, for those of you who take yourselves way too seriously and spend hours upon hours writing blogs and leaving stupid comments (God, the stupid comments) on my site, know this: when I am sunbathing bottomless on the beach in Nice, and I find out that another one of you losers just got fired from his minimum wage job because he couldn’t make a deadline because he was too busy writing another asinine blog about how to get rid of the IRI on Iranian.com, I just, well…have another drink, laugh my naked butt off and go back to my nap.

No gays (you know who you are…and I do too, never mind how-I have my sources). I am told that there are no gay Iranians and, therefore, I want none on my site.

You can leave as many comments as you want (see if I care).  Comments can be flagged by all users…and if they are flagged, I will delete them.  I will do so regardless of the nature of the comment, because the douche bag who wrote the flagged comment deserves it.  I will articulate my reason for doing so by using an example. Imagine that I am having a glass of wine on a sidewalk café in Madrid.  Of course, I will have my laptop sitting next to me to make sure that I’m getting the requisite number of clicks so that I can get the next advertising check.  However, instead of getting an email from Google telling me that the check is in the mail, I get an email from some loser who has just flagged another loser who has said blah, blah, blah about her.  Do I really need to be bothered about that?!!!  Is that fair?!!!  Of course not!!  So, I will delete not just that flagged loser’s comment, but ten comments before and ten comments after it, just for safe measure.  I will then turn the computer off and ignore your whining until my five course meal is finished and I have taken my afternoon nap…and then I will ignore you even more.

No Moroccans.  Just don’t like them.  Never have, never will.

Notwithstanding the fact that you are all a bunch of tools, I do kind of respect you for purely economic reasons, and am somewhat minimally interested in your views.  To that end, Iranian.com has created a detailed complaint and comment policy, which I shall explain as follows.  You may comment and / or complain about the content and placement of articles on this site, about which blogs are featured on the homepage and about the deletion of your comments.  When a complaint is received, it is carefully and immediately reviewed by the Iranian.com Complaint Review Board (*).  A copy of that complaint is then printed on biodegradable paper and is delivered to Iranian.com supervisor, and my personal assistant, Fouad Khomoos.  Fouad then catalogues the complaint and files it, in alphabetical order, in a specially designed banker’s box, which is also biodegradable.  The box is then delivered to me every Thursday, when I personally drive it to the east span of the Oakland Bridge and drop the same into the Pacific Ocean.  If you object to the aforementioned complaint policy, you can join the box in diving into the calm waters of the Pacific Ocean off the Oakland Bridge…unless you are afraid of heights, in which case, I suggest that you find a utility hole to use for “diving into” purposes in whatever locale you reside in.

(*)Iranian.com Complaint Review Board is comprised of my pet monkey Bo Bo and my two pet parakeets Romeo and Juliet.