Obama’s deal is no deal 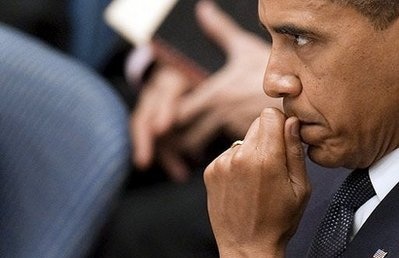 The first day of October was the day on which six world powers (P5+1) and Iran met in relation to the latter’s controversial nuclear program. Reports that have come out of that meeting depict the Islamic Republic as willing to concede on at least two grounds: negotiating the fate of its nuclear program with the P5+1 and holding direct high-level talks with the country the Islamic Republic has for years called the Great Satan (i.e., the United States).

What, of course, makes these concessions most intriguing is that they are being made not by the reformists in Iran, to whom better relations with Europe and a thaw in relations with the United States have always seemed prudent, but by those for whom the Islamic Republic has for years been the bastion of anti-Americanism. To be sure, Iran’s hardliners and the United States have always had a proclivity for limited strategic cooperation of often a covert nature [1].

However, the overt yet highly confidential 45-minute conversation between Iran’s chief nuclear negotiator, Saeed Jalili, and the US Under Secretary of State for Political Affairs, William Burns, on the sidelines of the latest P5+1 meeting with Iran, can be considered a new development in the context of post-revolutionary Iran’s relations with the United States.

The fact that Burns and his European counterparts did not push the Iranian delegation to agree to a freeze on uranium enrichment is also quite intriguing, for such a demand on the part of the United States and its allies was supposed to form the basis for any future P5+1 negotiations with the Islamic Republic.

The above being the case, the question arises as to why the Iranian hardliners and the West led by the United States are all of a sudden showing so much flexibility when dealing with the nuclear stalemate? The answer is clear: the two sides are considering a rapprochement, a marriage of convenience, so to speak, that is supposed to address a number of issues, both domestic and international, facing the parties involved.

The hardliners in Iran, for example, are in dire need of improving their international image, so as to be able to annihilate the reformists who are rightfully challenging their rule; mend relations with Russia, which were badly damaged as a result of their recent disclosure of a second nuclear facility in Qom; and thus avoid the possibility of further UN sanctions, which could truly jeopardize their grip on power.

The West led by the United States, on the other hand, is in dire need of stability in the Middle East; Iran’s assistance with the situations in Iraq and Afghanistan; and a steady flow of oil and gas. Thus, a “grand bargain” can be said to be in the making on the part of the parties involved in the negotiations, and, if the United States fails, in its present capacity as the leading promoter of peace [2], to introduce a balance between realpolitik and idealism into any future P5+1 negotiations with the incumbent regime in Iran, chances are it will end up doing more harm to the world than good.

In a sense, it all goes back to the Obama administration’s distorted policy of direct engagement with America’s adversaries, which relies heavily on a rather crude interpretation of the abstract principle of non-interference in international relations.

Taken to its logical conclusion, the above orientation has the dangerous tendency of undermining the very principle of non-interference in the internal affairs of sovereign states by rewarding criminal state behavior so long as it suits the perceived interests of the United States or those of a particular administration.

Thus, the United States (and its European allies, for that matter) had to stay virtually “neutral”, for example, when the hardliners in Iran sounded the death knell for republicanism throughout the country by stealing the June 12 presidential election from Mir-Hossein Mousavi. To be sure, the Obama administration’s proclivity for direct engagement with US antagonists is anything but new in the diplomatic history of the United States. Former President Ronald Reagan, for example, also engaged America’s rivals, including revolutionary Iran, in more ways than one.

What is quite troubling at this point in time, however, is the fact that there is now a vibrant reform movement in Iran which is being totally undermined by a United States administration that is seemingly only interested in proving the efficacy of its direct engagement policy to the world by attempting to strike a quick bargain of an undemocratic nature with the Iranian regime over the latter’s nuclear program.

And nowhere is this self-serving orientation on the part of the Obama administration better reflected than in Obama’s speech of June 15 [3], in which he said that he is going to continue negotiating with the small clique of isolated individuals he calls Iran’s leaders, irrespective of their foul behavior both during and after the election.

Of course, the President must have forgotten on that day that his Inaugural Address promise of extending a hand to tyrannical regimes precludes those who refuse to “unclench their fist”, that is, hopefully those who refuse to treat their subject populations with respect. Here is what he said in his Inaugural Address [4]: “To those who cling to power through corruption and deceit and the silencing of dissent, know that you are on the wrong side of history, but that we will extend a hand if you are willing to unclench your fist.”

Alas, when it comes to taking sides in the battle between freedom and servitude, democracy and tyranny, at least as far as the situation in Iran is concerned, it seems Barack Obama does not mind ending up on the wrong side of history himself, so long as he can provide Congress with timely reports of a realpolitik nature. Opportunism, rooted in disregard for the plight of ordinary people, is the Achilles heel of the Obama presidency, therefore. Let us hope the President will get a handle on this before it is too late.

Notes
1.Consider, for example, the Islamic Republic’s involvement in what later became known as the Iran-Contra scandal, as well as its involvement in the US occupations of Afghanistan and Iraq.

2. President Barack Obama’s success in winning the Nobel Peace Prize this year can, in a sense, mean that the world is now expecting the United States to act as the leading promoter of peace in the world.

3. Listen to Obama’s June 15 speech via this link.