Siyyid ‘Ali Muhammad, the Báb, Born 190 years ago on this day 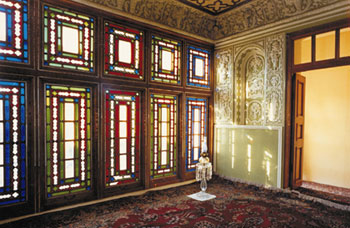 This October 20th marks the 190th anniversay of the birth of Siyyid ‘Ali Muhammad, the Báb, the Prophet Herald of the Bahá’í Faith.

Siyyid ‘Ali Muhammad was born in Shiraz and was raised by His maternal uncle Hájí Mírazá ‘Alí.  His father Siyyid Muhammad-Ridá was a merchant in Shiraz and passed away when the Báb was very young.  There is very little known about His early childhood but there exists a few accounts of Him.

The Táríkh-i Nabíl Zarandí includes an account by Shaykh ‘Abid , His Shaykhi tutor, about the Báb’s first day at school:

“One day,” he [Shaykh ‘Abid] related, “I asked the Báb to recite the opening words of the Qur’án: ‘Bismi’lláhi’r-Rahmáni’r-Rahim.’ He hesitated, pleading that unless He were told what these words signified, He would in no wise attempt to pronounce them. I pretended not to know their meaning. ‘I know what these words signify,’ observed my pupil; ‘by your leave, I will explain them.’ He spoke with such knowledge and fluency that I was struck with amazement. He expounded the meaning of ‘Alláh,’ of ‘Rahmán,’ and ‘Rahim,’ in terms such as I had neither read nor heard. The sweetness of His utterance still lingers in my memory. I felt impelled to take Him back to His uncle and to deliver into his hands the Trust he had committed to my care. I determined to tell him how unworthy I felt to teach so remarkable a child. I found His uncle alone in his office. ‘I have brought Him back to you,’ I said, ‘and commit Him to your vigilant protection. He is not to be treated as a mere child, for in Him I can already discern evidences of that mysterious power which the Revelation of the Sáhibu’z-Zamán [the Lord of the Age, one of the titles of the promised Qá’im] alone can reveal. It is incumbent upon you to surround Him with your most loving care. Keep Him in your house, for He, verily, stands in no need of teachers such as I.’ Hájí Mírzá Siyyid Ali  sternly rebuked the Báb. ‘Have You forgotten my instructions?’ he said. ‘Have I not already admonished You to follow the example of Your fellow-pupils, to observe silence, and to listen attentively to every word spoken by Your teacher?’ Having obtained His promise to abide faithfully by his instructions, he bade the Báb return to His school. The soul of that child could not, however, be restrained by the stern admonitions of His uncle. No discipline could repress the flow of His intuitive knowledge. Day after day He continued to manifest such remarkable evidences of superhuman wisdom as I am powerless to recount.” At last His uncle was induced to take Him away from the school of Shaykh ‘Abid, and to associate Him with himself in his own profession.

He married Khadíjih-Bagum, in 1842.  A son was born to the Báb and Khadíjih-Bagum, whom they named Ahmad. But sadly, the baby died in infancy.   The Báb declared His station to His first disciple two years later, on May 23rd, 1844.  The events that ensued were marked by the violent reaction of the clergy to the rapid increase in the number of His followers and which culminated in the execution of the Báb, in 1850.  The Báb and a disciple who begged to share His martyrdom were executed by a firing squad of 750 soldiers in a public square in Tabriz.  The remains of the Báb were rescued by His followers from a ditch near the execution site and were carefully hidden in Persia for nearly half a century.

In 1899, at the behest of ‘Abdu’l-Baha, the remains were transported – under great threat from civil and religious authorities and others – by way of Isfahan, Kirmanshah, Baghdad and Damascus, to Beirut and then by sea to Acre north of Haifa, in Palestine, where ‘Abdu’l-Baha lived.

‘Abdu’l-Baha hid the remains for another decade before presiding over an emotional ceremony on Mount Carmel, in 1909, where he himself placed the sacred trust at a specially prepared site that had been designated by Baha’u’llah for the final resting place of the Báb.

Much later, an exquisite shrine with a golden dome was built over the tomb. This building has become one of the best known landmarks in the world and is a place of pilgrimage for Bahá’ís from all over the world.

The birth of the Báb is a Bahá’í holy day and is celebrated by Bahá’is around the world.