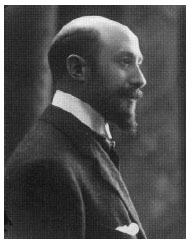 Hippolyte Dreyfus (b. Paris, 12 April 1873, d. Paris, 20 December 1928), son of a prominent French Jewish family, became a leading Bahai scholar, translator, and religious teacher. He received a degree in law from the Institut des Sciences Politiques in Paris and practiced before the Paris court of appeals. He was converted to the Bahai faith in about 1900 by May Ellis Bolles (later Maxwell), a Canadian living in Paris. In 1903 he was able to visit the Bahai leader ʿAbd-al-Bahāʾ (q.v.) in ʿAkkāʾ in Palestine. At about the same time he gave up his legal career to devote himself to oriental studies, enrolling in the religious-studies section of the École Pratique des Hautes Études in Paris, where he studied Arabic and Persian with Hartwig Derenbourg and Clément Huart, intending to translate Bahai scripture into French. He was the only Western Bahai of his generation who received such formal training.

In 1904 Dreyfus went to India and Burma to visit Bahai communities there. In the following year he met Moẓaffar-al-Dīn Shah (1313-24/1896-1907) in Paris and urged him to intervene to protect the Persian Bahais. Also in 1904 he visited Bahais in many Persian cities, as well as in the Caucasus and Turkestan, where he visited the large community in Ashkhabad (q.v.).

Dreyfus’ first major translation was Bahāʾ-Allāh’s Ketāb-e īqān (Book of certitude; Paris, 1904). He also published Le babisme et le béhaïsme (Paris, 1904), a lecture that he had delivered on 1 March 1904 at the École des Hautes Études Sociales. More influential was his later publication Essai sur le béhaïsme (Paris, 1909; 3rd ed. published as Bahaïsme), the first “handbook” on the faith, in which he dealt with the the history of the Babi and Bahai religions and such questions as religion and the state, universal peace, Bahaism and society, the house of justice, Bahaism and the individual, and the Bahai faith and patriotism. In 1905-06 he and Ḥabīb-Allāh Šīrāzī published a collection of Bahāʾ-Allāh’s writings entitled Les préceptes du Béhaïsme (2 vols., Paris, 1905-06), which included Haft wādī (The seven valleys), Kalemat-e maknūna (The hidden words), Lawḥ-e ḥekmat (Tablet of wisdom), Lawḥ-e aqdas (The most holy tablet), and several other works. In 1907-09 Dreyfus collaborated with the American Bahai Laura Clifford Barney (see ii, below) on the publication of Persian, French, and English editions of the answers of ʿAbd-al-Bahāʾ to philosophical and theological questions that she had put to him (published as Mofāważāt-e mobāraka, Les leçons de Saint Jean d’Acre, and Some Answered Questions respectively). In later years he translated several more of Bahāʾ-Allāh’s books: al-Ketāb al-aqdas and Soʾāl o jawāb (both unpublished), Lawḥ-e Šayḵ (Paris, 1913), and a three-volume collection of Bahāʾ-Allāh’s works containing his own earlier translations and some new ones (Paris, 1923-28). He also published a number of books and scholarly articles on Bahai topics.

In 1911 he married Barney, and both took the surname Dreyfus-Barney. In the same year he served as translator when ʿAbd-al-Bahāʾ visited Paris. The Dreyfus-Barneys continued their travels, visiting China and French Indochina in 1914. During World War I Hippolyte worked as a postal censor in Marseilles. In 1920 the couple once again visited Southeast Asia.

Dreyfus-Barney was greatly respected by ʿAbd-al-Bahāʾ, who encouraged him in his travels and relied on him in various delicate matters. When ʿAbd-al-Bahāʾ died in November 1921 the Dreyfus-Barneys were among those summoned to Haifa by the new leader, Shoghi Effendi Rabbānī. Hippolyte made use of his legal and linguistic skills to represent the Bahais in conflicts involving the status of the Bahai shrines in Palestine, the seizure of Bahāʾ-Allāh’s house in Baghdad, and the persecution of the Bahais of Egypt (1925-27).