And the seeds germinate…. 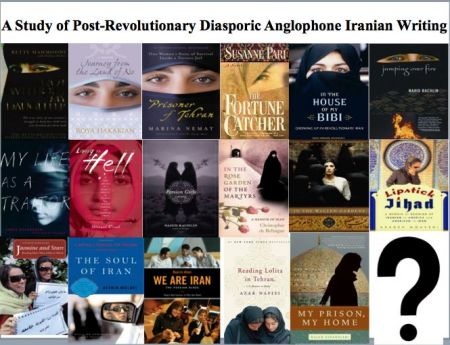 The contents of this blog have long been in the making. Over the years I have contemplated and toyed with the idea of having a blog, but until recently I didn’t think that I was ready to face the world, or rather that I had anything of true worth to contribute to the world—there are enough blogs out there that don’t add anything to this world. But recently, as I am proceeding further into my studies, I began feel an itch and a nagging voice in the back of my head keeps telling me—share share share—you do have something to add! But about three weeks ago, after a couple of encounters, this itch became unbearable and I made the decision that I must write, that writing was my duty because that is, almost, the only thing in the world that makes me me!

Of the encounters, the first was at a friend’s house. She had invited us to meet several of her Iranian friends for the first time. This group of people consisted of a mix of Iranians, graduate students, graphic and web designers, nurses and doctors, who gathered under one common goal: to come together as Iranians to form a community and to represent themselves properly in the Australian community. As everyone began talking about their ideas and ways of uniting as Iranians and blending into the Australian community, everyone came to the common conclusion that the best way for Iranians to unite and come together was through representation and artistic expression.

Up to that point of the night, I had sat silently and observed these people talk about uniting and failed attempts at creating communities. But I could no longer hold my peace—the problem was very obvious. As Iranians we are unable to represent ourselves and allow that representation to be a uniting factor for both a community and for the way we are seen in the West because we are not representing ourselves positively. Although I don’t normally bring my academic research into social situations, I realized this was an exception because at the heart of what they were saying lay the one of the topics that I was analysing in my thesis on post-revolutionary diasporic Iranian writing in English—I explained to them that the problem lay in how we are represented and how we represent ourselves. Just take a look at the books that are out there. Apart from a few recent ones, most of them are either negative portrayals of the Iran, ignore the ancient culture and heritage of Iran or are reflective of one demographic of the Iranian society but whose representation has become the Bible of life in Iran. If we are to unite or even claim to be the voice of a nation, we have to put aside our individual gains and pains and take a hard look at how we want to be representatives of our culture. You would think this would be an obvious fact, but I stirred an excitement in the group and I was told that the topic of my research (which is also a personal obsession) was much food for thought. The idea of writing an blog was seeded that night.

The second encounter, came about week after, at an event at my university called Speed Thesis competition, which was a competition for graduate students to explain the topic of their thesis for lay people in 3 minutes or less. I, along with 25 other people, were chosen out of the 100 applicants across the university based on our abstracts to take part in this competition. We were given a chance to use one slide to assist us in our explanation. We sat through two hours of three minute presentations, mostly science and engineering who tried to explain their very complicated topics in three minutes using complicated multi-transitional slides. So came my turn. I went up and put on my one stable page: a page filled with covers of some of the books by Iranian writers. Unlike the other people who I had seen earlier in the hall nervously preparing I didn’t prepare much but got up and simply said the following:

Since the 1979 Islamic revolution in Iran, millions of Iranians have been dissipated across the world, forming one of the biggest diasporic communities in the globe. Over the years, many have begun recounting their experiences as migrants through fiction and memoirs. Recently, after the events of 9/11, the popularity and interest in these books has skyrocketed, and nearly a hundred books have been published by Iranian writers in the last eight years, each claiming to be the insider into this mysterious world.

Images like the ones you see here have become automatically associated with a tales of the lives of people in Iran. ( I pointed to the page filled with cover pages of books by Iranians all of which portrayed a woman’s picture.)

But, what are these texts doing, under the covers? Aside from the clichéd covers, which have become marketing scams to attract readers, these are narrating the Iranian experience for the world and they have been instrumental in forming the way Iran is viewed across the globe. As works of expression coming from Iran, they have also been a major contributor to a new literary discourse in the wider arena of world literatures in English.

Yet, despite their serious contributions, both to the way Iran is seen abroad and to world literatures in English, everyone seems to have been caught up with the covers. Aside from a few articles here and there, they have received very little literary merit for their contributions.

For the first time since their emergence, my thesis systematically acknowledges the significance of some of these works in relation to the diasporic Iranian experience. It contextualizes and analyses the way these books are received as forming the Iranian experience for West; and it recognizes these works in the wider context of world literatures in English as an emerging phenomena as significant as Indian and African writing in English.

I finished in around two minutes and sat back down. I didn’t think I did that great, but I could see a strange curiosity in the eyes of those around me. Well done, very interesting topic, good job, people murmured to me as I sat down again. Although I didn’t win the competition, I was very close to being picked as the runner up—the judges were impressed by the images, ‘just the image tells us so much, you didn’t need to explain or say much.,’—but they picked someone else. But I felt like a winner in another way that day. While waiting for the results to be announced, people came up to me and asked me things about Iran. An Iranian guy in optometry came up and said that what I am doing is very valuable in introducing the Iranian culture to the world. The seed of the blog idea began to germinate.

The third and final encounter that sealed in the blog idea in my head was a week after that event, at a graduate symposium at my university themed Crisis. I presented a paper on the crisis of historical representation for the diasporic Iranian writers. But I was very lucky to be in a panel with Nazzanin, a young and talented Iranian girl who is researching blogging in Iran, and to have Michelle Langford, a wonderful woman and a lecturer and avid fan of Iranian cinema, as the chair to my panel. After the symposium, as I spoke to Nazzanin and Michelle and everyone else who was there, I realized that a blog is imminent in sharing and cross-posting ideas.

And so here I am.

Although I have written a lot, this would constitute as my first public engagement and I do hope that the world finds my post insightful and worth their time to read.