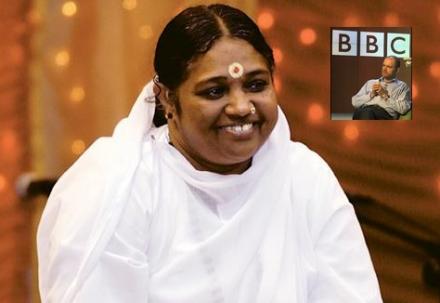 My ex-girlfriend Sandra got married. Last Saturday, she and her groom Joe vowed to look after each other “in credit and in overdraft” even “when you are grumpy”. It was a wedding filled with humour in a room – in Shakespeare’s Globe Theatre – overlooking the River Thames, with a view of St Paul’s Cathedral, on a sunny (if chilly) day. I stood at the back, pondering how our lives had changed. Well, mine in particular – weddings are a time to navel-gaze.

Twelve years ago finding a pair of socks that matched was difficult for me. Today things are no different. Saturday morning I had a suit on with a nice tie but I couldn’t find two socks of the same colour, fabric and pattern anywhere. I didn’t used to think twice about putting odd socks on. Now, I’m almost 38, it doesn’t feel right. It will feel less right when I am 83.

Last time I bought socks, three months ago, I thought they would last me till Christmas. But half of them have walked off.

In 1997, my girlfriend was no better. A sign on her bedroom door said, “Why tidy my room when the world is such a mess?” It was a fine argument. Until you entered the room – the mess was three feet high, clothes, magazines, coat hangers, books, more books and possibly a couple who failed to leave the house party thrown months before.

Can the tidiness of a room affect the world’s problems? As I write, in London, the British Broadcasting Corporation is refusing to withdraw an invitation for the leader of Britain’s foremost ultra-right-wing party to appear on a televised political debate show called Question Time.

Its principle of not taking sides apparently demands airtime and publicity be given to this horrible man. Last week he bowed to a legal challenge over his organisation’s whites-only membership policy – it’s illegal for a political party to discriminate on racial grounds. His party has to change or disband. Years ago he courted, unsuccessfully, the icon of Nordic masculinity that is Colonel Muammar Gaddafi to fund his white nationalist cause. Today he is a Member of the European Parliament who on his first day there referred to a female colleague who snubbed him as a ‘political prostitute’.

Earlier this year the BBC cited “impartiality” as its reason for refusing to air an aid appeal for Gaza, which had just been attacked by Israel. The UN Human Rights Council has since recognised Israel’s actions at that time as war crimes.

This week I met a journalist who reports from Palestine. She said the BBC’s decision not to air the aid appeal for Gaza “was wrong – they bowed to pressure.” It had nothing to do, she said, with impartiality.

Today the people who head the BBC can be excused for believing – given the press generated – that their decision to offer a racial separatist a high-profile platform on a current affairs show is important, progressive and cutting-edge. It’s not. The “impartiality” that deprived Palestinians of aid is now aiding the Nazis.

And who are these people? Largely those who never wear mismatched socks, I imagine – I doubt the BBC’s director-general stomps around the house, late for work, saying, “Darling have you seen my vertical rainbow-stripes? This one’s horizontal.” (“Who’ll notice your socks with those boots on, dear?”)

So this dangerous man, who believes in the “repatriation of non-whites”, gets to air his bile on national television. (It’s not that simple anyway. Iraq just sent British immigration officials back with 41 of the 50 rejected asylum applicants they’d forcibly flown to Baghdad to deport!)

Meanwhile, thousands of “indigenous whites” are flocking to north London’s Alexandra Palace for a hug from an Indian woman called Amma.

Mata Amritanandamayi Devi – the 56-year-old “hugging saint” from Kerala – is in town. I’ve seen Amma a couple of times, and bonkers as the spectacle of adults lining up for hours to be hugged by “Mother” may be, I prefer her message to that of the Nazis. Love indiscriminately, Amma says. She, one suspects, is one who might lose her socks. While the BBC embraces a far-right lunatic, she dishes out “darshan” – divine energy – to far-out devotees. They return her love, unconditionally, in credit and in (the unlikely event of) overdraft.