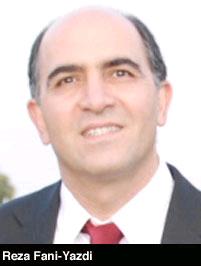 A friend of mine is starting to bring up the Pahlavi family more frequently as an example of how well Iranians used to have it. He’s now sending more emails about them and reminders of their different anniversaries and special dates: the Shah and the Queen’s birthdays have been one after the other and tomorrow it’ll be The Prince’s birthday. I still recall how pro-democracy my friend used to be so I had to ask what was it about the monarchy that he thought resembled democracy?

I have nothing against the monarchists especially my dearest friends and the ones who have recently opened up about their true feelings on the subject. Personally I don’t hold a grudge against the Pahlavi family either, especially Reza Pahlavi who was a teenager in 1979 and cannot possibly be held accountable for any of the policies of the time, good or bad.

After many conversations, it’s become clear that some of these friends are seriously trying to prove that a monarchy is actually democratic! No surprise there, most people in Iran and around the world want a democratic system. Democracy is probably the most popular form of government. Nobody advertises their ideals by saying: we’re fighting to have a hard core dictatorship in our country.

Unfortunately the idea of a King and a Queen and a Royal family seems the opposite of “democracy”, so lately all I am hearing is the catch phrase: “Parliamentary Monarchy System”.

What does that really mean? In a Parliamentary Monarchy, there is an elected parliament and an elected president or prime minister like in England (which they love to bring up as an example) so what’s the King’s role? Is it a purely symbolic role for nostalgic reasons? What would such a King actually provide for the country besides putting a huge burden on the nation to financially support a very high maintenance family that does nothing?

Try asking a “Parliamentary Monarchists” that question. They will most likely inform you that Monarchy is a part of our glorious 2500 year history. They have already adopted all the great kings of Persia as solely their own heritage anyway, so they will bring up Cyrus the Great and the brave Xerxes to prove their point.

But wait a second, was a Parliamentary Monarchy ever part of our history? As far as I know our kings have always had the ultimate power and were never “symbolic”, even the most admired Cyrus the great was not a symbolic parliamentary and democratically elected King (whatever that means).

My monarchist friends are speaking of a referendum where they would have the option to elect Prince Reza Pahlavi to claim the throne that is his “birth right”… but which one of our kings had ever been elected in a referendum? How does that become a continuance of our heritage?

Ok, maybe the traditional way that new Kings took over the throne is not applicable in this day and age anymore. Is that why Reza Pahlavi wants to have a referendum and ask people if they want him to be their king? Then what happens if people change their mind a few years later and don’t want him as the king anymore? Will there be another referendum to have someone else be the King?

A friend actually corrected me and said that Reza Pahlavi wants to be part of the referendum as an Iranian citizen not the heir to the throne. So Reza Pahlavi wants to be an elected president? Why is it that the people who surround him call themselves “monarchists” then? Are the monarchists really trying this hard to have the chance to include their Prince in a presidential election??

I believe Reza should start clarifying his position to his fans first and then to the rest of us, and the monarchists should stop beating around the bush and come out and say it: “I want a King and Queen, just like we used to have them, whether it’s democratic or not”. For the sake of argument, lets not even get to issues of why would anyone think that certain people have a richer blood and deserve to be in commanding roles and the whole idea of monarchy that is completely incomprehensible to me. I won’t even go there, but I need some clarification because this is a very confusing game they are playing. I think it’s time they come out clean and speak their true intentions.

Do you Reza Pahlavi want a democratic referendum in Iran? Will you be participating in such referendum and throwing your hat in? In which role would you be participating: Future King or Elected President? Do you believe in Democracy? If “elected” the parliamentary King, how much would you like to be paid by the nation of Iran? How many of the Royal Family and your relatives would have to be financially supported and provided for by the people of Iran?  What will you be doing for Iran in return?