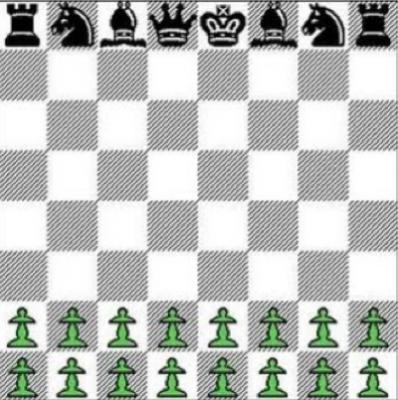 Essay [Persian translation] for conference on the aftermath of Iran election held in the Danish Parliament in Copenhagen on Monday 2nd of November 2009 and organized by the Association Spot on Iran and the Danish Foreign Policy Society. The panel of speakers consisted of Hossain Bagher Zadeh, Mohsen Makhmalbaf & Alireza Nourizadeh, as well as four Danish members of parliament.

Has this recent change paved the way for a democratic Iran?

The Green Movement (GM) has demonstrated that the desire for democracy is very strong in today’s Iran. This is the main characteristic of the GM: a national and peaceful democratic movement. It encompasses a wide range of political tendencies as well as various strains of the civil society, from women and students movements to teachers, lawyers, workers, business people, arts and culture personalities and human rights activists.

Indeed, the GM highlights a culture change in Iran. Never in Iran has such a peaceful and well-disciplined large group of people taken into the streets in their millions calling for democracy and basic human rights. It shows that the desire for democracy has grown rapidly in recent years in Iran, and that this desire is combined with the necessary cultural elements of tolerance and understating.

We should not forget that Iran is located in a part of the world in which opposition to the regime is expressed by guns, suicide bombings and violence, and that the Iranian people are facing a government with the worst HR records in the Middle East. However, in spite of the brutal suppression of the demonstrators, the GM has maintained its civic characteristics and peaceful behaviour.

So in terms of culture change and the desire of the people, the Iran of today is ready for democracy more than ever before. However, the forces of political suppression and despotism are strong – and in power. They are determined to keep the status quo no matter at what cost. This means that a democratic Iran may be still some time away, or it may come soon in a dramatic turn of events if the rulers realise that they cannot impose their rule any longer.

What are the future options?

These demands are facing strong and violent responses from the government. In the course of the last few months, government agents have attacked demonstrators in the most brutal ways, killing scores of them and injuring hundreds. Thousands of people have been arrested, many tortured severely and some have died under the torture. Hundreds have been put on show trials with forced confessions, scores of them have been sentenced to long term imprisonment and at least five people have been sentenced to death.

The government has threatened the opposition figures with arrest and serious charges of violating state security. The Supreme Leader has gone as far as saying (last week) that disputing the last election result is the “worst crime”, labelling millions of participants in the GM as criminals. It is a symptom of how far the regime is prepared to go in order to prevent change.

The officials’ threats against people who try to use occasions like Qods Day (last Friday of the month of Ramazan, the day of government-organised demo under the pretext of support for Palestinians) has been intensified. Another such occasion will come up on Wednesday of this week – the anniversary of the attack on the American Embassy in Tehran and taking American diplomats as hostages.

The GM is of course bigger than the reformists that now assume its leadership. Many of the people who took part in the election are after the fundamental change in the ruling system. Moreover, there are a lot of people active in the GM who did not vote in the election. These facts are patently clear from the slogans of the movement, and the diverse backgrounds of the victims of the government’s suppression. Nevertheless, the courage and persistence of the two reformist candidates against pressures and threats by the regime has been a great help for the movement.

The current Iranian regime has no future and is moving on a downward slope. The GM has the potential that will probably see it continue until the establishment of full democracy. But the path ahead towards this end is not clear. If for instance, the threat against the current leaders of the GM is materialised, it may have unpleasant effects on the movement. The presence of these leaders in the GM is essential for the soft transfer of power. Their removal would mean the elimination of the soft buffer that now exists between the government and the people seeking fundamental changes.

So it can be said that the future option, as far as the end is concerned, is democracy, and there is no alternative to that. But in terms of means, it is not very clear. This path may be followed peacefully. For this to happen, the presence of the reformists leaders in the movement is essential. With their elimination from the equation, the chance of peaceful change will be reduced. Therefore, the future option in this respect is in the hand of the government.

How can the EU and Denmark act?

The Iranian people seek a democratic change in Iran, and the democratic world can help to bring about this change in a peaceful manner. A democratic Iran will be a bastion of peace and stability in the volatile Middle East and West Asia. The world is alarmed by the ongoing violence and the proliferation of atomic weaponry in the area. The West is particularly suspicious about the Iranian regime’s nuclear ambitions. The West’s concerns are compounded by the nature of undemocratic and unreliable regime in power in Iran.

Only a democratic regime in Iran can provide the necessary transparency for its nuclear activities, and get it involved in confidence building in its international relations. So a democratic Iran is beneficial to both the Iranian people and the international community. The EU is the largest trading partner of Iran and can utilise its political and economic power to pressurise Iran on human rights (HR) issues.

The current round of the negotiations between the West, including USA, and Iran can continue. There is no problem with negotiation in principle. The problem arises when these negotiations are limited to nuclear issues and HR are sidestepped. The Iranian regime is trying to come to an agreement with the West on nuclear issues so that perhaps, like Libya, it can be spared of the pressures on HR matters. But Iran is not Libya. Investing on a regime that faces a huge movement like GM and with the pillars of its power being rotten and falling from within, would not produce a yield even in the short term.

The Iranian government is facing an unprecedented challenge, and this challenge has prompted it to soften its position towards the West. The regime cannot or will not fight on two fronts at the same time. It seeks to pacify the external front in order to concentrate its power on internal suppression. The silence by the West on HR would allow it to succeed in this tactic. Would the West, the EU or Denmark accept to be indirectly complicit in the suppression of the Iranian people?

The perception that the West’s support for the democratic movement of the Iranian people would be harmful to it, is baseless. The regime is of course trying to blame the movement on the foreigners. But this weapon is rusty and may fool a tiny minority. Moreover, contrary to the protestations of the officials, the regime is susceptible to foreign pressures on HR. Mr. Sadeq Larijani, the newly appointed head of the judiciary has said recently: “all officials need to work hard in order that the face of country’s HR is, as far as possible, acceptable and reliable – so that the international HR bodies do not have any excuse for putting unfair pressures on the Islamic republic of Iran”.

This statement shows that the government is sensitive towards foreign pressures on HR and does heed them. In practice too, we have seen many cases that foreign pressures have been effective in softening the suppressions, elease of political prisoners or commuting death sentences. But the extent of HR violations in Iran is so widespread that these cases do not feature prominently. This means that the pressure on the regime on HR has to be intensified so that the effect becomes more visible.

The Iranian people have joined together under the umbrella of the GM for establishment of democracy. A democratic Iran is essential for the regional peace and stability and for reducing international tensions. The world community can help so that this change takes place peacefully and at the shortest possible time. Putting pressure on the Iranian regime on HR would have a major role in this regard. The EU, including Denmark, have strong political and economic leverages for exercising this pressure. They need to help towards realisation of a democratic Iran, and in the process help resolve many of the other issues and crises of the Middle East.