Don’t Extend Your Legs Beyond Your Rug 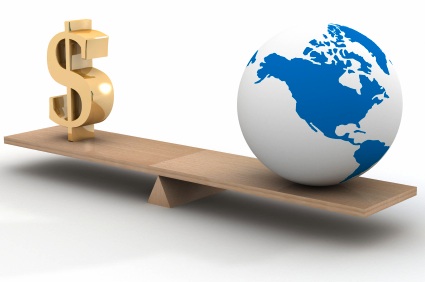 There is a witty expression that says “If all economists were laid end to end, they would not reach a conclusion”, while expressions like this is a bit far-fetched, there is no doubt about subjective, and sometimes the paradoxical nature, of some economic analyses. Economics is a social science after all. For instance, both economists and politicians keep telling you that you should continue going to the shopping malls and spend money on products especially the expensive ones whether you can afford them or not. By doing so, you not only obtain the sheer pleasure of spending money but also help to pool the economy out of this resilient recession. So, go ahead spend as much as you can. Consumer spending is an invaluable service to this nation. The rationale for this prescription is that spending by one person creates income for another – the recipient – enabling him/her to also spend more money which, in turn, creates income for the third individual. And, such spending-income stream continues repeatedly creating multiplier effect. At the end, one time spending by you, a social benevolent, will potentially triggers a wave of additional spending that can invigorate the economy.

But remember for consumers to spend money, they should have income to begin with, enough of it. Without disposable income their wish for spending money is just a desire with no backing hence it is economically ineffective. But relax; even if your income is not sufficient, you can always borrow money. Perilously, borrowing money from commercial banks has become the principal source of spending in this country. People are under the illusion that borrowing is a cheap and painless way to finance whatever they cannot afford to pay for. Sometimes, borrowing is even easier than robbing a bank! Too much borrowing, however, can be dangerous not only for the individual borrowers but also for the economy? In the absence of a vigilant regulatory system, proliferation of the reckless lending practices eventually leads to massive financial failure which may bring down the rest of the economy with it. Recent economic crisis is a testimony to this cause and effect scenario.

The overall burden of debt has never been any heavier in this country, it has already reached a record level.. According to the available statistics, the ratio of household debt to average disposable income in the U. S. is currently 170% indicating that a typical American household carries an amount of debt 1.7 times its income. Alarming? You bet. The worsening outlook of consumer indebtedness can be observed by comparing the value of this ratio to its value in 1989 which was about 84% and 1999, about 103%. Obviously, the more debt you have the higher is the cost of servicing your debt. This cost accounted for about 17.5% of after tax average household’s income in 1998, which was then increased to about 20% in 2004. It is about the same at present time.

Have you heard the expression that there is no free lunch? Well, there is none. Even if something is free monetarily, it still involves some kind of sacrifice, trade off. Borrowing like other economic decisions is not only costly for individuals; too much of it would impose cost on the society as well. When you borrow money you pay a hefty price, not only upfront fees, but also monthly interest/principal payments. If you stop paying these payments, are considered in default. If you are one of the few persons who stopped paying, there is not, of course, a serious consequence for the whole economy. However, if default is widespread, then disaster will ensue. Sooner or later, commercial banks and other financial institutions may face financial stress which if persist drives them into bankruptcy. Many of these institutions however, are protected by the too-big-to–fail regulatory provision which automatically entitle them to government bailout. That means imminent higher government spending that is financed by either higher taxes or the infusion of new money into the economy as the lender of last resort. The latter is a recipe for inflation and forced taxation. And guess who will suffer at the end? If you said all of us, especially the little guys, your answer is correct. It is a mathematical rule, whenever government spends more money; you have to spend less of it. You pay either more taxes or pay higher prices. In any case, you pay.

Therefore, when politicians and/or economists tell you to spend more money, be advised that overspending neither makes you nor the economy better off in the long run. Whereas they tell us spending is the force needed to pull us out of this recession, it is what dragged us into this mess to begin with! So, go ahead spend money but make sure that you don’t stretch yourself too thinly. Or as we say in Farsi, don’t stretch your legs beyond your rug.