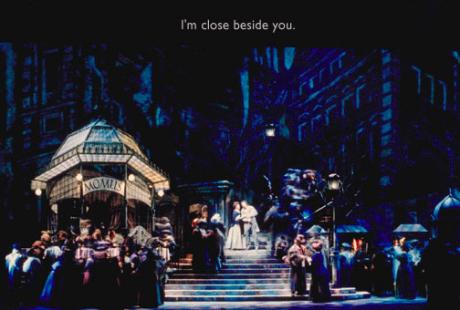 Parisa:  “Yes, but it was in German.  I wish I could understand what they were saying.”

Navid:  “Didn’t they have super titles?  You know, the translated text of the opera which is projected above the stage?”

Navid:  “Yes, it’s absolutely fabulous when there are super titles in an opera.”

Negin:  “Say, did you know that opera super titles were invented by an Iranian?  His name is Lotfi Mansouri and he directed the Toronto and San Francisco operas for decades.”

Let’s look at ourselves in the mirror.  Share your thoughts.  Join the dialogue.