Do not lend Cyrus Cylinder to Iran 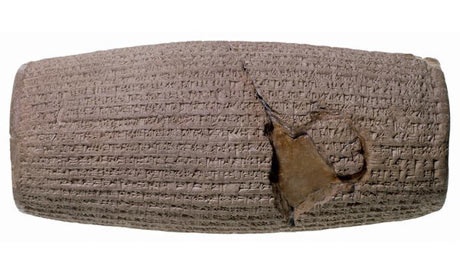 I am writing to express my concern at the British Museum’s decision to lend the 2,500-year-old Cyrus Cylinder to Iran.

For this reason, it is a source of national pride to millions of Iranians.

The Museum secured the loan of a number of artefacts from Iran, for its exhibition Shah Abbas: The Remaking Of Iran earlier this year, with a promise that it would then lend the Cylinder to the Iranians.

I humbly suggest that the Museum, which in October said it was “monitoring” developments in Iran, has ethical grounds to renege on that promise.

Over the past few months, as you know, protesters for democracy in Iran have suffered violence, illegal detention and even death at the hands of the state.

Given this backdrop, lending Iran such a unique symbol of humane intent risks being seen as reward for bad behaviour. As such, the Museum’s well-meaning gesture is sure to deal a blow to Iran’s green movement for democracy.

I respectfully ask that you intervene to ensure this does not happen.