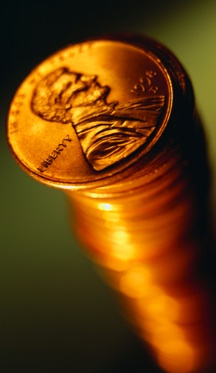 The market system that has been credited for the economic opulence of the global economy especially the Western world in recent decades is now on trial. People are losing their faith and have started questioning the fair operation of this system since the advent of current economic crisis. Free enterprise system has been placed under stringent scrutiny by thousands of inquisitive observers who want to know what went wrong and why the system did not work the way it was supposed to? The “invisible hands” of the market economy that are supposed to coordinate the independent decisions of millions of individuals and guide the entrepreneurial activities along the path of prosperity are now reaching deep into our pockets, not so invisibly, taking away our wealth, our jobs, our healthcare, our pensions, and our income. Now we have more broke in this country than brave.

The U.S. government which was expected to use its means and its power to fine-tune the economy did nothing for many years but to frighten us of psychological enemies and the axis of evils. We have been worried more about the gay and lesbians marriages, the octo-mom, and the suspected activities of the illegal immigrants as if they were the culprit who stole the Ks from our 401ks. We have spent more time and resources debating the incident in Minneapolis airport men’s room than the decisions made in the board room of the big corporations. We arrested the poor old lady who deposited coins in the expired parking meters; however, let perpetrates of financial crimes enjoy the luxury amenities in their penthouse apartments.

Our politicians, as well as many economists, assured us that things were ok and Ginny is secured in the bottle. They tried to avoid using the frightening terms such as depression for fear that it may stir up public panic and disrupt the good-life people, especially the rich, were enjoying. It was only after the market succumbed to the destructive forces in mid 2008 that we finally start using the terms; crisis, depression, turmoil, meltdown, etc. Our obliviousness to the realities has been based on our prevailing culture that America is the strongest nation on the face of the earth; things are always fine and go our way, plus our love affairs with free enterprise system and the philosophy that capitalism is a self-perpetuating system that always generate creativity, wealth, income, and sustainable growth.

It is true that market ideology has led to affluence, innovation, and dazzling array of differentiated products that have augmented our worldly living standard for a few decades after WWII. The ingenious risk taking industrialists of production sector have been rewarded handsomely for their creativity, adventurousness and of course building better and more appealing products. Likewise, entrepreneurs have been motivated by the forces of competition and keeping up with the rivals. We have been able to afford the extravagant functioning of our economic system with impunity simply because consumers have been demanding and willing and able to pay for fancy products under the illusion that real pleasure results from conspicuous consumption. Having been immersed into persistent irrational exuberance, they have felt like soldiers who were guaranteed of everlasting peace. They have thrown money at everything they can get their hands on like Muslim pilgrims throwing rocks at Satan while performing Hajj rituals. They felt, and still feel, fulfilled driving a luxury automobile, living in spacious houses, taking pictures using fancy digital cameras, using state of the art cell phone for everything but making a call, using internet to monitor every motion in their house while thousands of miles away, etc.

Product differentiation, however, is good so long as it leads to productivity-enhancing contest that ultimately generate economic growth and enhanced consumer’s satisfaction. A costly distortion will ensue, however, if such a healthy pursuit is forced into asinine direction; case in point, the imitators in financial sectors who tried to apply the concept of product differentiation to financial products thus creating risky assets that are blamed as the root cause of the lingering economic disarray. Such financial products are complicated and often obscured with no definable market value. They are merely speculative and do not result in exchange, or production of any real goods or services in the economy. Often speculative gains in transactions of such assets are at the expense of loss of real production. In other words, illusionary wealth created as a result of exchanges of financial assets may entails losing real wealth. It is like the situation where everyone tries to cover himself/herself by pulling a small blanket to his/her side instead of buying a bigger one.

It is time, I believe, to divert all the efforts devoted to speculative activities, and snatching a bigger slice of pie, into real productive endeavors creating a bigger pie, building a better mouse trap so to speak. Speculative transactions are like a zero-sum game. In which for every winner is a loser, there is no net gain. They are like the game of music chairs played by kids. Because there are not enough chairs for everyone to sit on, after the music stops, someone will definitely end up with no place to sit hence declared a loser. And, that someone is the one who is not as fast as the other kids, or simply not lucky enough to be at the right place right time.

Let’s not forget, that the mission of a business entity is to make profit using legitimate means shaped and regulated by competition and other legitimate market forces, competition that is fair and constructive and the competitors that are playing on a level playing field, and the stick to ethical norms. If there is anything useful about the current economic crisis is the lesson we should learn from it. It should persuade us that despite our historical faith on capitalism, it is not without its limits if left to its own devices. Our infallible adherence to free trade doctrine may not serve us favorably? People may no longer fall for the idea that government should keep its hands off the economy. While government is not a nirvana, we need it occasionally to play a bigger and deeper role to get us out of the mess we push ourselves into once in a while.