The Slow Way is the Fast Way 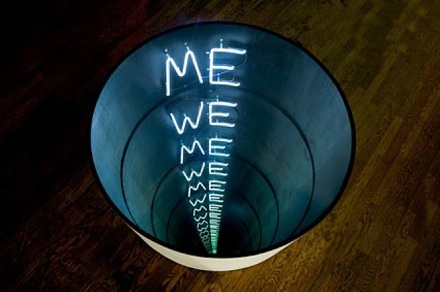 A 13th-Century poet from my part of the world comes along, into the coffee shop on Divisadero and California, and I think – what this coffee shop needs more than anything else is for me to read everything this man Rumi ever wrote, and then we’d see what a coffee shop could be, or better said – we’d see a coffee shop for what it is.

Keep writing, I think, you’ll get to that.

Keep writing, I think, you’ll get to that.

And the people of the country, whose voice I hear on lonely radio stations, regularly producing poetry in their living more than any national industry.  And the people who don’t need military coups to tell them how under they are, whose presence is there in the coffee I drink.

Keep writing, keep writing.  A man can write something so good that he and the coffee farmer are working together.  Hate nobody and go from there.

I am in love with the present moment, but it is a fighting love.  We scrape and grapple until it is time to lay down to sleep, and then the moment wakes me up in the middle of the night and says, let me see how you really feel about me.  And then I remember that every love is a fighting love.  Some fights just haven’t been fought yet in the name of their loves.

My father fought for a country that could be itself even though it was small and full of oil.  He could walk down a street and say hello to the baker and think, there’s the country I love.

Keep writing, I’ve thought many times, you’ll get to that.

The slow way is almost always the fast way.  The slow way of becoming a writer is to try to do everything at once.  But everything is at once.  On the corner of Powell and Market, everything was even more than at once, it was about two seconds ago.  So what could a man take with him that was as good as a paper and pen?  A little slowness, to start.  And where does a man get that that’s reliable, that doesn’t depend on the hours of the library or a radio program?  From the same place where he has the need.  From the coffee shop itself, from its containment of stories, whether or not they are known.  The first thing a writer has to do is to concede that there are a million more stories that he will go without than that he will go with.  A grocer does not sell the idea of tomatoes, he sells the tomatoes he sells.  Nobody has their feet on the ground more than the man selling something invisible.  Maybe you don’t know that you have a need for a story like this, he says, but I do.  I’ve seen it.  I’ve seen it from the moment I started trying to write it.  If you had looked like you were already squared away in that department, I wouldn’t have done it.  I would’ve tried to give you something else.  I would’ve looked into the grocery business.

There are things contained in books and in oral accounts that I do not know, and yet I know how it feels to know them.  It is a feeling of belonging.  A writer attains the feeling by creating the place to which he belongs.  It’s a give-and-take,  I decided some time ago that I wanted to belong everywhere, so it’s a constant give-and-take.  By belong I meant that I could dream anywhere – of the best that the place could be, and then see what I could do to make it that.

Keep writing, I’ve thought, and you’ll get to where you won’t need to dream because the dream will be right next to you.   The slow way is the fast way.  You’ll wake up one day and see that this man, who begins to struggle with the moment from his first thought, often in the dark hours of the morning, is exactly who you dreamed of being.

A writer is the most practical kind of man I know.  It is because he knows impracticality so well.  Nights spent at his desk as a young man while the beautiful young women of the city are heading out their doors to the night seem impractical, as far as meeting any of those young women is concerned.  But they are practical as far as liking them is concerned, and as far as dreaming of them is concerned.  And as far as solidifying that liking and dreaming, making them into something that can go anywhere, maybe losing some starriness along the way and gaining some orderliness, almost like something that can fit into a businessman’s briefcase.  It’s easier to take that around with him than to take the stars.

A writer is a businessman who shows up to work having to find his briefcase again before he can get anything done.  It got lost in the night, and it is good that it did.  It is good that he went to a place where the briefcase flew open and its contents were blown around the room.  It’s one way he knows that they are there.  Sometimes all it takes is to put them back together and he’s done a good day’s work.

There’s always the possibility of telling himself he just needs one more thing before getting to writing.  One more person or one more place.  It’s the way those things will raise him up, and then – The things I’ll write from up there!  But he has a better view from up there than he knows.  The way to get it with some kind of permanence is to climb up there by himself.  I read and read until the only book I wanted to see when I walked into a bookstore was my own.  It was a great one, even though it wasn’t there yet.

Every one of the books in there could have given me something, and yet what they have to give me ought to be everything if it’s going to take the place of a moment of life.  Books used to do that to me effortlessly when I was a boy, but I was looking for something more when I saw that I was interested in not just searching but finding.  What I was most interested in finding was the right search.  A day is a search either way, known or unknown, but to have it be known and certain is a great blessing.  I probably began searching for my own book after the first book I read, and there were many books along the way that filled that space, until that space got too big, and sought to take in every kind of balance between day and night, between love and hate, between wealth and poverty.  I don’t understand any of them, but I understand how a man has to move among them.  Like a knife and like the opposite of a knife.  With a complete understanding of the lines between them and without any understanding of those lines at all.

It takes a book that understands that the second-best option is silence.  Silence shows a great respect for the reader because it is saying that what they could do with their own time is just as worthwhile, and any effort on my part to fill their silence with my words requires the best place those words can come from.  And I try to look at the present moment and say, it is everything.  It is the feeling of the moment, and it is everything else.  A hungry man does not feel better to remember that others have eaten, but remembering it can help him articulate his hunger.  I used to sit on the corner of Powell and Market with a different kind of hunger, not for food but for something else.  I used to see that hunger in everybody who passed by, and I was absolutely half-right.  The other half was whatever was there that didn’t need me watching it.

A writer has a great vanity for saying that the world he sees around him needs him to express it.  But it is that vanity that allows him to learn what humility is.  A hungry man can say what food is better than anyone else.  It is best to begin as a beggar when it comes to writing.  To say to the world that you are sure it has a little place for you to live with a full stomach or a full heart, and you don’t know where that place is, but just a glimpse of it is all you are asking for for today.  It’s almost as if you know from the start that that place is made of glimpses, because nobody’s stomach or heart gets full and stays that way, so you might as well get used to how to have it be empty now.  Its emptiness is a truth and so is its fullness.

I decided that I wanted to be that glimpse, for myself.  I wanted to follow the rules of the glimpse.  A writer could not set out to be that for anybody else, but he could follow its rules in a way to make anybody else feel like there were rules there worth following.  The softest stories could have the hardest rules behind them.  I knew it was true because I had spent time with children.  I had seen how the softest moments could have the hardest principles behind them.  I wanted to write like a man who heard about a military coup in the morning and said to himself – I will not operate towards the children I will see with the spirit of that coup today.  At the end of the day, they will know how I feel about Honduras, even if they cannot find Honduras on a map.

They will know how I feel about Rumi too – that anybody ought to be free to read as much of his poetry as they want.  That poetry can only help.  I won’t get into the stuff with them about how I can only read so much of his stuff before I have to tell myself to keep writing.  They’ll learn it themselves, if they decide to become writers.  If not, they’ll learn their own way of balancing what they let in and what they bring out.  It took me a long time to learn that there wasn’t anybody who could do that for me.  I guess that’s what childhood is for.  I am still learning it though, that not even poets can do it for me, not even poets from my part of the world, which is a nice thought in the end, because if there are places that poets can’t touch, I believe that it speaks to the presence of poetry in everyone.  It just happens to be the kind that doesn’t know that it is poetry yet.  But the slow way is the fast way, and once it is learned, then the speed of poetry, between the world and one man’s heart and back, is supersonic.