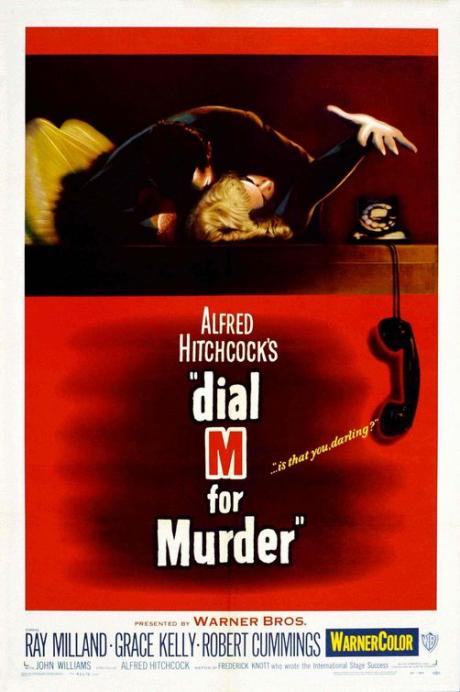 Ex-tennis pro Tony Wendice (Ray Milland) decides to murder his wife (Grace Kelly) for her money and because she had an affair the year before. He blackmails an old college associate to strangle her, but when things go wrong he sees a way to turn events to his advantage.

DIAL M FOR MURDER was remade for television in 1981 starring Angie Dickinson and Christopher Plummer and theatrically in 1998 as THE PERFECT MURDER, starring Michael Douglas, Gwenyth Paltrow and Viggo Mortensen.

It’s a story of murder, infidelity and ultimate ironic justice in the classic Hitchcock style. It was also the great director’s only 3-D, which resulted in the creation of several oversized set pieces and props to accomodate the requirements for depth illusion in the popular, but short-lived medium. Though Hitchcock was nominated for “Best Directorial Acheivement” by the Director’s Guild, neither Hitchcock or the film received any Golden Globe or Academy Award nominations.