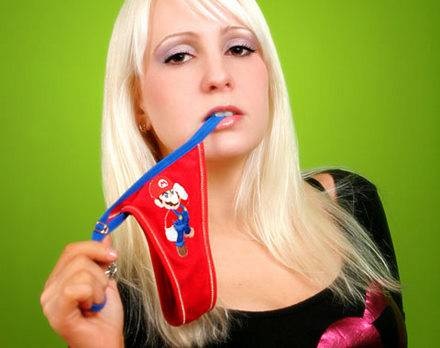 Another three women have come forward claiming they have done more than just “8 levels” with Legendary Sports Star and International Celebrity Super Mario, of Super Mario Bros. fame.   This is the latest news in a scandal that erupted during Thanksgiving week-end, when a seemingly inebriated Super Mario was spied by neighbors rushing out of his Red and White Mushroom home in the exclusive gated community in Tampa, Florida at 2:45 in the morning, pursued by his irate wife Princess Peach, of the Mushroom Kingdom.  Although Super Mario’s PR Team initially tried to hush the rumors and blocked efforts by the Tampa Sheriff Department to interview the couple, rumors soon swirled in the Internet that the domestic dispute was triggered by Mario’s alleged cheating of his wife of twenty years with the buxom Amy Kong, of the famous Donkey Kong Dynasty.

Super Mario first came to fame in 1985 for his mushroom hopping skills and successfully running through 8 world dimensions to save his future wife Princess Peach from the claws of his evil antagonist Bowser.  Since then, countless video games, mass manufactured products, lucrative endorsement deals with the likes of Papa John’s Pizzeria and Chef Boyardee’s Mushroom Ravioli, as well as a children’s park have made Super Mario a household names.  Though the mustachioed hero is the face behind the franchise, many touted Luigi, Mario’s little brother and shrewd manager as the puppeteer behind this glitzy empire.  Many speculate that the untimely death of Luigi in 2006, when he accidentally fell through a pit while testing out the latest version of the Super Mario Brother obstacle course, triggered Super Mario’s deep depression and downward spiral into an uncharacteristic life of partying, Vegas trips, and now the surfacing allegations of affairs with several women.

An anonymous source purporting to be a close friend of the Mario family even stated to the National Enquirer that he had text messages from the Sports Star admitting to the affair with Amy Kong and concluding that if his wife were ever to get a wind of it, he would have to give her the “Pokemon” treatment.  This would be a reference to the 1995 sex scandal involving Pokemon super couple Red and Leaf, in while Red Pokemon was forced to gift his wife with a One Million Dollars diamond ring to buy her forgiveness for similar marital transgressions.