PERSIAN DUBBING: Yul Brynner in “The Return of the Seven” (1966) 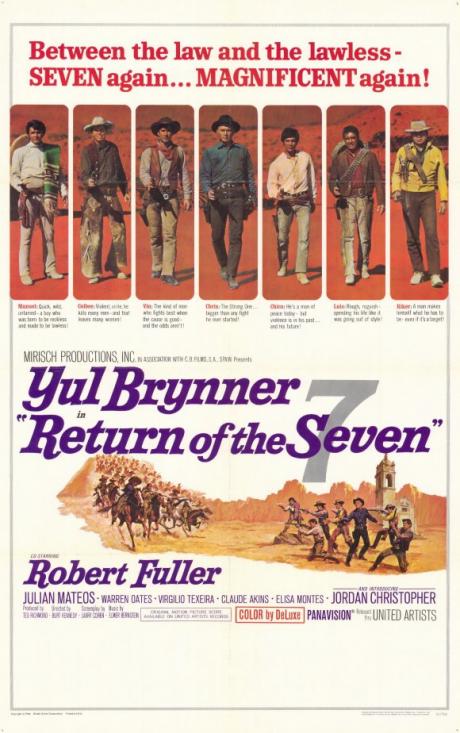 Yul Brynner returns in a follow up to the Magnificent Seven and gathers a new team of mercenaries to help fight injustice.

Trailer of The Return of the Seven

“When a bandit leader wants to build a church in memory of his dead sons, he raids three Mexican villages and kidnaps all the men for labour. One of these men is Chico, formerly of the original Magnificent Seven. His wife Petra immediately sets out to look for Chris and Vin, the other surviving members of the Seven. Chris recruits four others (a playboy, an avenger, a highwayman and an orphan) to reform the Seven, once again defending farmers from their oppressors.”