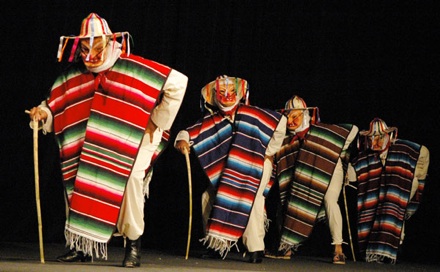 I got back to Mexico Sunday after six months of travels in Europe and the U.S. It’s been nice to see my sister and nephews again. And I love the fact that when I’m here I don’t have to go anywhere or see anyone! For me, it’s truly a blessing. I’m at peace, spending most of the day working on iranian.com and relaxing.

But I will soon be on the road again. There’s so much to see and experience in this beautiful and welcoming country. I was looking at some of the videos I took from my previous trips. One stood out: “The Dance of the Old Men” which I filmed at a restaurant in Morelia, the oldest town in all of Mexico built by the Spanish in the 1500s. Here’s some information I found on the web about the dance:

In the state of Michoacán, in the region of the lakes Patzcuaro and Uruapan, an ancient tradition takes place known as “The Dance of the Old Men”. The dance is interpreted with a sense of humor, the dancer wear a traditional mask, campesino costume with white Manta shirts, white Manta Pans with embroidery on the bottom. The Purepechas and ancient people from Michoacán dance to celebrate nature. Four are the components of the dance, the 4 seasons of the year, the 4 elements, air, earth, water, fire and also the 4 planets that could be observed from Earth: Mercury, Mars, Jupiter and Saturn. More here.

It was a beautiful performance. For those short on time and patience, fast forward to 5 minutes and 30 seconds.