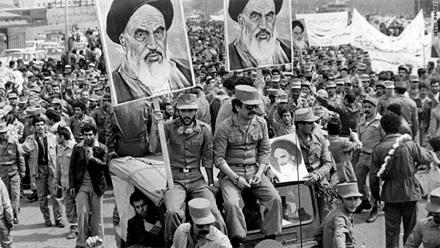 Arguably the most important reason for the international interest in Iran is its strategically pivotal geography. Like some of its Muslim neighbours, it has tremendous oil and gas reserves. For the United States, the revolution in Iran was nothing less than a geopolitical shock.

Revolutionary dynamics in the Arab World have recently rekindled the debate in the West on “political Islam”. To get a good understanding of the phenomenon, however, it is necessary to define it properly – which, so far, has hardly been done.

The issue is generally approached from two directions. The cultural-essentialist or Orientalistic school holds that Islam determines political, economic and social realities. Orientalists argue that the entire Muslim world is not only somehow monolithic, but even downright resistant to change. Samuel Huntington’s book “The clash of civilizations” is a prominent expression of such thinking. This school is not alone in emphasising religion as the single most important defining feature of society, Islamist fundamentalists say so too.

The current Arab Spring has dealt the Orientalist school a severe blow, and may yet discredit it once and for all. Obviously, there is a widespread desire in Muslim societies for change, and the revolutionary motivation is not primarily rooted in faith. Rather, the desire for universal freedoms and social justice is making itself heard in Tunisia, Egypt and elsewhere.

The books about Iran discussed here do not belong to the Orientalist camp. Nonetheless, each author assesses the topic from a different angle.

In “Iran: a people interrupted” (2007), Hamid Dabashi analyses nearly 200 years of history from the literary-intellectual and political perspectives. The author takes his readers on a trip through time, revisiting major historical events. With unparalleled eloquence, he argues that Iranians have been fighting for democracy and against “foreign and domestic tyranny” for more than a century. Dabashi says the anti-colonial Tobacco Revolt at the end of the 19th century, the Constitutional Revolution at the beginning of the 20th, the nationalisation of the oil sector under Prime Minister Mohammad Mossadegh in the 1950s and the “Islamic Revolution” at the end of the 1970s were the most important steps in this process.

He disagrees with the notion of Iran being caught between tradition and modernity, calling it a “fabricated paradox”. Instead, he argues that since the 19th century an “anti-colonial modernity” marked by the struggle against both domestic and foreign oppression has defined Iranians’ emancipatory experience.

Dabashi traces three major ideological formations back to the multicultural, pluralistic Constitutional Revolution of the early 20th century: liberal-democratic nationalism, social-democratic socialism and theocratic Islamism. In his view, these three ideological formations do not necessarily clash. Rather, they all have their roots in the anti-colonial struggle and serve as catalysts for one other.

In the early 20th century, the idea of the modern nation-state with the notion of citizenship took shape, including both women and religious minorities, with relevant roles for a free press and intellectuals. However, it was never fully realised because of the repression of a series of Shah regimes which were allied to colonial and imperial powers. These ideals have yet to materialise.

Dabashi sees Shia Islam as inherently oppositional in its political focus. Accordingly, a dilemma arises when Shia clerics assume state power and get corrupted by it – which is what happened in the Islamic Republic.

Dabashi assesses the role of Shia religious leaders in the context of Iran’s political development. He makes a distinction between progressive clerics who oppose unjust rule and conservative ones who are closely connected to power or strive for it. In doing so, he shows that Shia clerics in Iran do not form a monolithic block. As is evident today, some important leaders sympathise with the democracy movement, and many are not pleased with the increasingly militaristic system that was set up in the name of religion.

A wide range of voices

In “Iran’s influence: a religious-political state and society in its region” (2010), Elaheh Rostami-Povey quotes a wide range of contemporary voices – journalists, refugees, expatriates and researchers from Iran, Iraq, Lebanon, Palestine and Egypt. She conducted her interviews with Muslim modernists, secular leftists, nationalists and feminists from 2007 to 2009. She shows that all of them demand democracy and liberty.

Her book is an encyclopaedic discussion of the political dynamics within the religious-political state of Iran. She shows that its internal contradictions have fostered the growth of a new democratic movement, which calls the regime, but not religion as such, into question.

At the same time, she demonstrates why the Iranian state’s foreign policy has found approval in the region where a majority of the public identifies with Iran’s stance against the USA, Israel and the “war on terror”. One reason for the popularity of criticism voiced by Tehran is that many Arab autocracies cooperate with Washington, and open debate has been impossible so far.

Rostami-Povey emphasises the wide range of manifestations of “political Islam”, each of which has to be considered in its specific historical and socio-political context. She writes that Islamists in Iran, Hezbollah in Lebanon, the Muslim Brotherhood in Egypt and its associated organisations or Hamas in Palestine are all quite different, and all are struggling with their own internal contradictions. However, all varieties of Islamism have one thing in common: they mobilise popular support by opposing imperialism and Zionism.

Rostami-Povey warns that the term “Islamic fundamentalism” prevents us from seeing the diversity of various Islamisms. As she puts it, “homogenisation and essentialism” make us blind to dynamics of change and thus promote Orientalism and Islamophobia. She argues that, ultimately, the West’s ongoing hostility towards Iran and Islamist movements only strengthens those conservative forces.

Arshin Adib-Moghaddam comes to similar conclusions in “Iran in world politics: the question of the Islamic Republic” (2007). He has worked up an intricate theory on the interaction between society, culture and state institutions. As he puts it, “counter-hegemonic utopias” – such as Marxism, Communism, Maoism and Islamism – radically changed Iran’s political culture in the 1960s. The revolution therefore pursued “utopian-romantic” ideals, which left their mark on the Islamic Republic’s institutionalised norms and still affect its approach to foreign policy.

He emphasises the constant possibility of change in the Islamic Republic as a result of an “active counterculture”. He shows that the picture US neo-conservatives paint of Iran is perverted and calls for “critical Iranian studies” which would pluralise the ways one sees Iran and dissect the international politics surrounding the country.

These three books by noted scholars lay the foundation for a better understanding of Iran and “political Islam”. They theoretically and empirically assess the context in its entire complexity. Without such comprehensive knowledge, Western understanding cannot add up to more than biased knee-jerk reactions. The books show that political trends do not come about in a vacuum, but rather are rooted in complex settings with domestic and foreign social, economic and political factors. The idea of a “monolithic Islam” is not only wrong – it is dangerous.

First published in May issue on “Islam in Politics” of D+C/E+Z, the leading German-language publication on development issues.

AUTHOR
Ali Fathollah-Nejad is a political scientist. He is preparing his PhD thesis on Iran’s role in a changing world order at London’s School of Oriental and African Studies and the University of Münster in Germany. »» info@fathollah-nejad.com