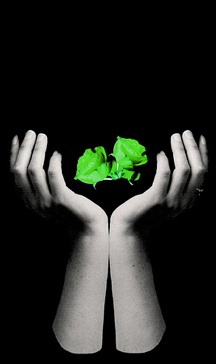 When, more than ten years ago, we founded the Alliance for Defense of Human Rights in Iran (ADHRI) in Washington, D.C., after the serial murders of 1998, more than 20 people began attending the meetings. At the beginning, there were constructive discussions. The first event and demonstration in DC took place two decades after the Revolution sponsored by the Alliance. They were both timely and successful in drawing attention to the abuse of human rights in Iran. Until that time, everyone was scared or frightened to talk, let alone organize an event. But soon enough, like many other organizations, ADHR became political; each group trying to push their own agenda.

Even though I had been instrumental in forming the organization, I was also the first to resign. I had always envisioned having an Iranian Amnesty International that would monitor the human rights situation in Iran. I was hoping that politics would not interfere and that it could be an independent entity. But no, in keeping with the Iranian way, it had to be politicized, with lots of infighting, each group determined to push its own political agenda.

Ever since, I began working independently, informing people about human rights violations in Iran. I wrote many articles and conducted dozens of interviews with people who had either been victims of such abuse or were representing them. I brought out the issue of political prisoners, the long-time abuse in Iran’s prisons, and the continued and systematic torture that went on. Few people wrote and fewer people listened. Now, all of a sudden, we have a new breed of human rights activists and people who are making it into a business.

Human Rights are what we neglected and ignored when more than 4000 people were executed in Evin, when close members of the Shah’s regime were executed without due process of law, when Saedi Sirjani (who was branded by some outside Iran as an agent of the IRI) was killed at the direct orders of Khamenei, and when close to 80 members of Iran’s opposition were gunned down in the streets of major European cities or had their throat slashed, like the late Shapur Bakhtiar. No one from the IRI hierarchy showed remorse at that time. When Dariush and Parvaneh Forouhar were stabbed to death by rogue agents of the Islamic Republic none of today’s reformists uttered a word. When Mokhtari, Pouyandeh, and Sharif were strangled to death, no one from the present opposition leaders said anything. The new groups that emerged in the capital of Washington, DC and now have become champions of human rights never said a thing about human right abuses.

During various Islamic Republic administrations, from Rafsanjani to Khatami and later Ahmadi Nejad, human rights violations have taken place to various degrees. It was during Rafsanjani’s tenure that after signing a petition to the then President, the petitioners were arrested, incarcerated and tortured. Many names come to mind. The Late Habibollah Davaran was one of them. He was 78 years old. He had been imprisoned and tortured along with Farhad Behbehani. They wrote their tale in a book called In the Company of Haji Agha. It is a gripping story of imprisonment, torture and forced confessions. They were not seeking “regime change.” They were sympathizers of the Freedom Movement and law abiding citizens. But Mr. Rafsanjani, upon their arrest and subsequent imprisonment did not lift a finger.

In prison, their torturer would pee on the newspaper on which they prayed. Devout Moslems, they prayed every day, but their jailer would ridicule them, insulting them by saying you are not true Muslims. In those days in prison, none of the officials came to their rescue. Groups and individuals here and there did what they could in exposing the deplorable conditions in Iran but the issue of human rights did not become a burning matter until this last June, when after the bogus elections, in broad daylight women and men, young and old were targeted and brutalized. Watching and reading Facebook, Youtube and the internet the whole world learned of these abuses. Many individuals went on the newly established Persian BBC and VOA and talked about 30 years ago when they had been victims of torture in Iran’s various prisons.

Seeing the new wave of arrests and more imprisonments, torture and executions, Iranians are becoming more aware of what human rights abuse is and how crucial it is to never forget and to do everything possible to highlight it. Amnesty International and Human Rights Watch had already done that but not many Iranians paid attention to these reports. I remember going as a delegation to the Iranian interest section to protest the arrest and imprisonment of an Iranian –Canadian scholar, Ramin Jahanbegloo and some others. After the meeting, one of the officials at the section who was a Khatami supporter thanked me. I said in response, when and if you are in prison, (God forbid) I would do the same for you!

At the 2006 hunger strike for Iranian political prisoners, in New York City, the one Akbar Ganji had called for, some 50 people attended. At that time, there was no sign of academics that walk around campus these days and speak of human rights as if this is a new commodity, an occasion for show and tell. I also remember how during the same event, when I talked to one of the attendees (a journalist himself) and spoke about the late Akbar Mohammadi who had died under torture, he did not care or show much interest. Mohammadi was not famous enough, he didn’t come from a well known family nor did he have clout. He died in a way a forgotten death.

The point here and now is that every individual, whether famous or not, whether from our side or their side, deserves to have a lawyer, to have a real court, to have proper judicial system on their side. No one should ever be tortured under any kind of regime. A country that boasts about its 3000 years of civilization and its King, Cyrus the Great, as the first monarch to issue the very first human rights declaration must not let any of its citizens whether those in power or ordinary citizens abuse and misuse their rights.

Human rights are universal and should apply to every single citizen of Iran. If tomorrow there is a change of government, the new authorities must be held accountable for the rights of their citizens irrespective of their creed, ethnicity and political affiliation. There should not be khodi and gheyr khodi. There should never be double standards when it comes to the rights of people in Iran or any other society for that matter. We must, at all times, observe and respect human rights in our society. Talking about it and being concerned for a short period is not enough. Human Rights is not a commodity and it is not for sale; no one should be allowed to make it into a business either.