The one million signatures campaign-week 4 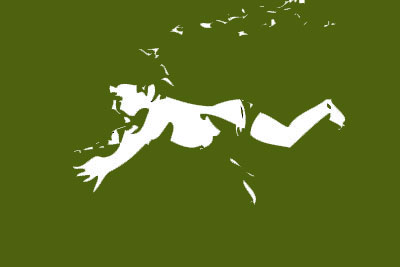 In support of the one million signature idea I have started a new group to raise the profile of this campaign amongst non-Iranians. A freemob group (people who gather at a location and at a certain time do a predetermined activity like dance) has been created to make Human rights fun. I noticed that such activities that were done in big cities such as London did get a high profile media coverage simply because of their eccentric fun aspect. Ultimately all this effort is to get the signatures and raise the Iranians outside Iran for Human rights.

After Christmas, I will try to get support from student union groups for the activities as well as the petition.

If you missed it, this is just a reminder of what we are trying to do:

A while ago I came to the realization that other than short term campaigns like the UN three day hunger strike, the green scroll, and our support for Majid Tavakkoli that unlike the protesters in Iran our community outside Iran rarely catches the Western media attention or if it does it is the media for our community that mostly covers our interests.

I noticed that other than lobbies for business, and some lobbies that were being sponsored by IRI, our community lacked a coherent ‘Human rights for Iran’ group. Sure enough there have been individuals who have been putting their life into such issues but as a community when compared to say the Cubans of Miami, or the Jewish lobby of New York, we still have to learn to use the law and legislative power to make long-term strategic changes. So for instance there could be campaign to stop juvenile capital punishment in Iran but our Iranian community at least in Europe lacks political muscle and still does not seek legal change to stop European companies selling web filters, phone tapping equipment etc. that are being used to capture and torture protesters in Iran. Just to give you an example, when last week I went to the ’16 Azar’ demonstrations in front of the Iranian embassy in London I found that there were three groups of secularists, reformists, Marxists standing next to each other but not talking to each other standing on a busy road, and pretty much being ignored by the passing cars on a December evening traffic. Our opposition leadership is not all that effective either. There are individuals who constantly write about Human rights issues and there are many petitions but these petitions do not turn to legal change in the West.

Several weeks ago I found out that the Lisbon treaty caters for something called ‘citizens initiative’ i.e. if you collect one million signatures from EU citizens you could without the need for a member of European parliament take a petition to that parliament and make a law change, ever since then after one petition which I closed I have come up with a petition to go ahead and make a law change at least in Europe. We saw how the one million signatures in Iran captured people’s imagination, but what amazes me is the lack of enthusiasm that exists for an action that can bring about long-term change here. A change that would show our community as a powerful voice for Human rights, a change that would show us as humans so if the drums of War start beating our community on the outside would be powerful enough to appeal to the people of West directly rather than go through their politicians and stop such a war.

Unfortunately since I started canvassing, and going round to Human rights meetings, or talk informally to people in media other than support from a few friends in our IC community I’ve had one death threat from an IRI agent who unlike our community had realized the potential for my campaign so the wrong group is taking me seriously!

Needless to say that in the event of a war that could be nuclear (bunker busting bombs use a small nuclear war head or the one that don’t like GBU-39 would blow a nuclear wind of the enriched material or bring it to underground water supplies) and could easily wipe out six million people if dropped near dense areas I am going to keep on knocking at all doors and expect people to eventfully listen and join this campaign. Without resources, but I am waiting for several things before I raise the profile of this campaign, firstly I’m waiting for a Human rights solicitors to take up our cause, and I am going to talk to the Iranian desk of Amnesty International in January and get support. Other than these blogs I will be writing articles both in English and Persian and publish them not just in IC but also in other places. The way we will be collecting signatures would be via Universities. There are Iranian student unions in almost every University and we want to recruit them and get them to collect those signatures. The online petition is global and it is there to show support so anyone can sign it, the paper signatures will be for EU citizens so that we can make the law change.

If you want to sign our petition here is the link:

We also have a facebook group, please join us and show your support.

Finally, here is the wording of the petition:

Demand to the International Communities to take Urgent action in order to stop the trade in technology used for the purpose of persecution and oppression of any kind by any organization, corporation, private or public company within their national dominion, as well as their economic and political union to Iran.

We the Iranian people, with this petition echo the cry for freedom from our homeland to you the people of the world and demand the support of all political, humanitarian, and judicial bodies across the globe to take new or existing political and legislative action to stop any organization, corporation, private or public company within your national dominion as well as economic and political union from trading in technology used for the purpose of persecution and oppression of our people.

We urge you to consider the magnitude of this petition, which today we bring to you, the good people of the world and in which the interests, not of one country, nor a region, but of the whole world, and of posterity, are involved.

We demand that you recognize that today just as the slave trade once had to be abolished that you find the trade of technology used for the purpose of oppression as morally unacceptable, and that you take the protection of Human rights beyond your sovereign states and include it in your code of conduct for International trade.

Specifically, the trade of technology for intrusive monitoring of emails, private communication, electronic surveillance systems, SMS monitoring and internet filtering system by companies such as Nokia and siemens which has resulted in the arrest, imprisonment, torture and rape of thousands of peaceful demonstrators since last summer has to be stopped.