Discontent is in every corner of Iran 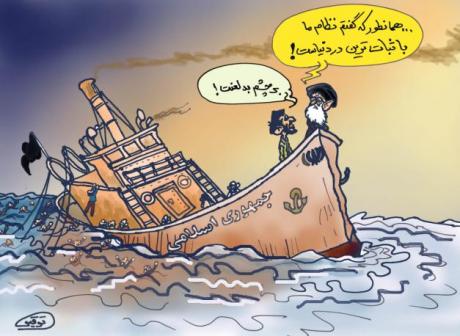 The discontent is in every corner of Iran and building. The news of Bin Laden’s sister now hiding in SA embassy is telling. First the guests of the IRR occupiers leave because they see that gig’s up and s$%# is going to hit the fan. Next group will be those who are in there but not less visible than the title holders and their families, next is a visible name or two, and hi profile arrests here and there. Meanwhile, the uprising is reaching a crescendo and armed forces are cracking. Tanks and artillary will be in the streets and will be used. Rogue groups attached to various organizations will take ‘self-directed actions’ resulting in infighting among the inbreeds belonging to various pillars of IRR. The popular anger and disconnent will spill over and that is the end of IRR as we know it. The surprise factor here is a nuclear test by IRR that can delay the inevitable. The rest of the world is watching and hoping that IRANIANs will take care of this tumor and solve everyone’s problem, so they don’t have to. This is one of those strange anomalies where a regime, namely IRR, has outlived its usefulness to just about anyone including the crooks. Domestic and foreign.