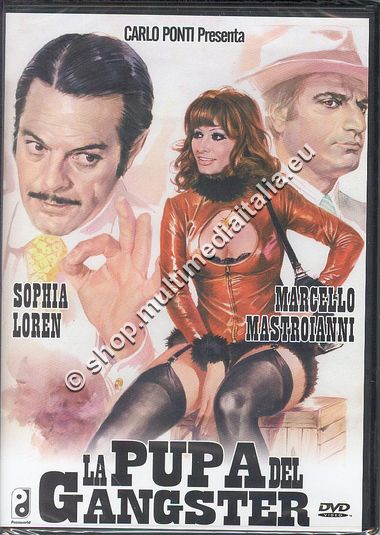 A Comedy about a happy-go-lucky prostitute (Sophia Loren) who gets mixed up with the Mafia. Starring Sophia Loren, Marcello Mastroianni and Pierre Brice.

Charlie Colletto( Marcello Mastroianni) is a Sicilian-Milanese gangster who has gained his experience in the United States and who controls the prostitution racket in Milan. His weakness is that he falls in love with every woman who even barely resembles the actress Rita Hayworth, his flame since he was a boy. One of these women is Pupa( Sophia Loren), who becomes his favorite; in exchange she lives a life of ease, but also gets her share of smacks and beatings. Tired of being hit and abused, the girl ponders revenge, and when the opportunity presents itself (Charlie kills a girl and Pupa has to furnish an alibi for him) she sets the police on his tracks. With the help of a policeman not insensitive to her charms, Pupa delivers the gangster and an accomplice to justice.

Story: Adapted from the short story ‘Collared’ by Cornell Woolrich