Imagine a Free and Prosperous Iran 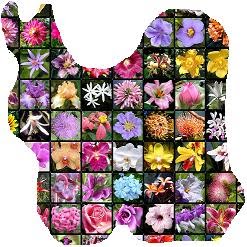 The amazing recent events in Iran have brought a great deal of hope to the vast majority of Iranians inside the country as well as in the Iranian diaspora. The young and old, poor and rich, men and women who, in the streets of Tehran and many other cities risked their lives in denouncing the fake election and the entire regime have demonstrated that things can change. For over 30 years the corrupt and brutal regime in Tehran had managed to impose its unpopular rules and convince most Iranians that the regime was going to be there for a long time. However the accumulation of people’s frustrations finally led to the explosion we witnessed in June 2009 and produced the incredible results ever since: In less than six months, we went from not being able to criticize a local Friday prayer Imam to literally asking for the demise of Khamenei and the entire system! This fast and irreversible evolution begs the question of where we can be in six months and beyond. Although I do not claim having the answer, nor believe it is going to be easy, I would like to depict a bright and prosperous future for our old nation as a possible outcome.

I know many Iranians remain skeptical and are wary of either the regime’s iron fist or foreign influences when it comes to change of regime. But that is exactly what the regime in Tehran wants us to think. They want us to believe that things cannot change in Iran or may get worse if the Islamic Republic were to fall. I believe this is time for unity for all patriotic Iranians and believe in a much better tomorrow for Iran. The path to freedom and prosperity is going to be long and tumultuous but it is possible and we deserve it!

I too often hear claims that the Iranian masses are “ignorants” and “don’t deserve any better”. I strongly disagree with such assertions. The history of the world proves it is ultimately a small group of people in each country, who lead the way and meanwhile manage to unite the rest of the population to support their changes. In the United States, from the initial revolutionaries and founding fathers to the recent presidents, a small faction steered the nation and legitimized the changes by seeking support from common Americans, who are not well aware of world affairs, nor have any sophisticated political minds. The French revolution was also led by the ‘Bourgeois’. Iran has a 100-year-old history of freedom struggle unique in the region. From the constitutional revolution in 1906 to this day, the Iranian intellectuals with people’s support have sought freedom and justice. I believe Iran can tap into a large pool of intelligent, talented and experienced individuals inside Iran and abroad to lead its revolution against theological tyranny and install a new secular and democratic political system in 2010.

If the economy of a country is weak, no matter how noble your goals may be, they are unachievable. This explains in part the failure of the idealist movements in the last 50 years. From communism to the Islamic revolution’s independence goals, the biggest problem has always been the failure of the economy. What good does it do if you are ‘independent’ while your citizens sleep hungry? In order to reach economic growth, one of the most important factors (that has missed in Iran) is political stability. When laws keep changing, investments in new companies and other innovative ventures become too risky. As a result people mainly invest in gold and real estate.

With relative political stability and by implementing a modern, efficient and ambitious economic plan Iran can reach prosperity within years. Iran has a highly educated youth within the country on the one hand and an extremely resourceful and experienced community abroad on the other. Iranians are the most educated and the most successful minority in the United States of America. Similar success levels are found in many other countries in Europe, Asia and Australia. In all sectors of economy entrepreneurial Iranians hold tremendous wealth, knowledge and experience. I believe that Iranians bound by thousands of years of history are a patriotic people and that many would invest their money and time in Iran if they see enough stability and recognize an environment of prosperity. Through proper organization, Iran can quickly become not only a prosperous society but an economic power in a record time by leveraging the human resources it has at its disposal and utilizing the modern techniques of communication. People and not oil, are the most valuable resources of a nation that has produced Cyruses, Avicennas and Khayyams.

Just imagine how beautiful Iran’s future can be if you and I believe in it and work towards it.