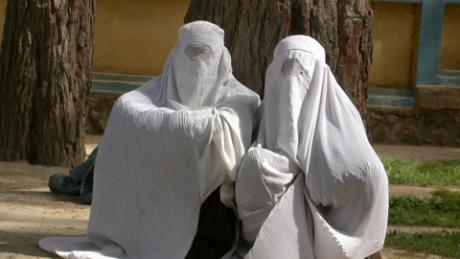 The panel examine the controversial topic of the perceived culture divide between the West and ‘the rest’, debating whether or not the West is justified in asserting the superiority of its own values [watch video].

Proposing the motion are Ibn Warraq, David Aaronovitch, and Douglas Murray. Ibn Warraq proposes the motion by pointing out some of the bases of western civilisation – rational thinking, self-criticism, the search for truth, the ability to separate cultural and secular values and so on – and how these values have improved the societies that have imported them, such as in China and Japan. His main argument is that Western civilisation respects the rights of women, homosexuals and members of non-western religions, whereas other cultures, and particularly those influenced by Islam, do not. The Qur’an is not, he says, a document that promotes equality. David Aaronovitch argues that Western values may not always be applied very well by all Western societies, but that the conduct of, for example, the British and American governments in allowing imprisonment and torture at Abu Ghraib and Guantanamo Bay, is not advocated by the majority of the population. Douglas Murray draws a distinction between asserting values peacefully, as in this debate and asserting them violently. He suggests that there are no Islamic governments that Westerners would choose to live under. The West endorses a dialogue, he argues, that is not reciprocated by the non-Western world – if we do not assert our Western values then there is no help for those people suffering civil and human rights abuses in other parts of the world.

Opposing the motion are Charles Glass, Tariq Ramadan, and William Dalrymple. Charles Glass suggests that the West does not so much assert or export its values as ‘shove them down people’s throats’ and that a culture which gave the world two world wars and colonial rule all over the world has no right to assert its superiority. Tariq Ramadan argues that the West asserts its own values because it is scared of losing its ‘European’ identity, and that, anyway, perceiving ‘The West’ and ‘The Rest’ as separate worlds is an historical and scientific mistake. He notes that Western values are often misused in the West, and points to the way immigrants are often treated badly even in Europe. William Dalrymple points out that the concept of ‘Western’ values is in some way flawed, as they are based on Judeo-Christian ideals, which are not Western at all. The first law codes, he notes, were laid down in Iraq, and the concept of reason originated with Arabic philosophers. The West also perpetrated such historical events as the Spanish Inquisition, and western ideals such as Marxism, Fascism, and Nazism, have caused millions of deaths. By asserting ‘western’ values, he argues, we are cherry-picking our favourite values and claiming them as our own.

Here is the link to the debate. I hope it works for viewers outside the UK.