A court without observers and hardly lawyers-only in Iran! 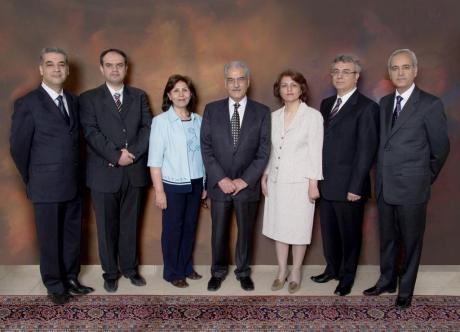 The justice system in Iran is in great need of training ,says I, who is not even a lawyer but aware of basic human rights. The trial of the 7 Baha’is in iran started today,of course without allowing any observer not to say that even their lawyers had to fight their way to the courtroom. But of course the prisoners’ interrogators from the Ministry of Intelligence and a film crew were seen going in, raising questions about the nature of the trial.

An Iranian Web site linked to state-run television () posted a story Monday evening announcing that the trial had already begun and listing the same baseless accusations made in the past against the seven.

In any event, all of these accounts point to a trial that is highly irregular, very similar to the show trials that have been held in Iran in recent months.