Mordechai Vanunu: A Hero of Peace & A Prisonser of Conscience 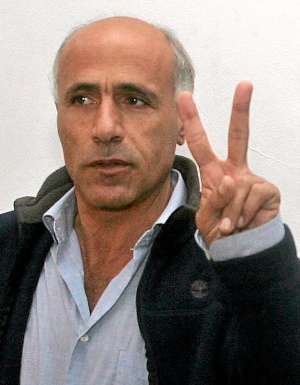 Mordechai Vanunu was born in Marrakech, Morocco, on 14 October 1954 and is a former Israeli nuclear technician who, citing his opposition to weapons of mass destruction, revealed details of Israel’s nuclear weapons program to the British in 1986. He was subsequently lured to Italy by a Mossad spy, where he was drugged and kidnapped by Israeli intelligence operatives. He was transported to Israel and ultimately convicted in a secret trial. Regarded by some peace activists as a hero for taking a stand against weapons proliferation, Vanunu was nominated for the Nobel Peace Prize in 2003.

Vanunu spent 18 years in prison, including more than 11 years in solitary confinement. Released from prison in 2004, he became subject to a broad array of restrictions on his
speech and movement. Since then he has been briefly arrested several
times for violations of those restrictions, including giving various
interviews to foreign journalists and attempting to leave Israel. He
says that he suffered “cruel and barbaric treatment” at the hands of
Israeli authorities while imprisoned, and suggests that his treatment
would have been different if he had been Jewish (Vanunu is a Christian
convert from Judaism).

In 2007, Vanunu was sentenced to six months in prison for violating terms of his parole. The sentence was considered unusual even by the prosecution who expected a suspended sentence. In response, Amnesty International issued a press release on 2 July 2007, stating that “The organisation considers Mordechai Vanunu to be a prisoner of conscience and calls for his immediate and unconditional release.” Vanunu has been characterized by some as a whistleblower and by others as a traiter. Daniel Ellsberg has referred to him as “the preeminent hero of the nuclear era”.