MON CINEMA: Cornel Wilde Plays Alladin in “A Thousand and One Nights” (1945) 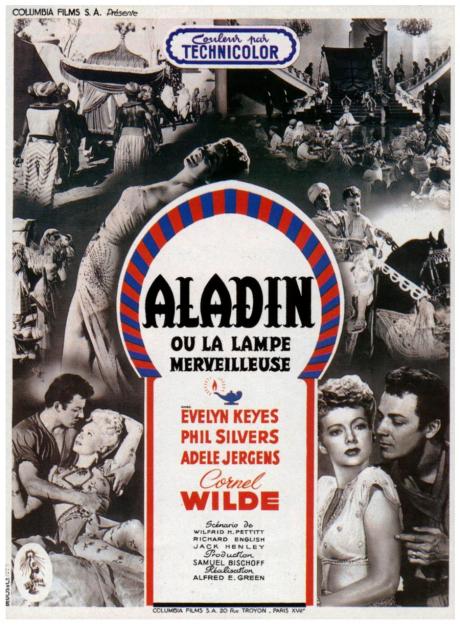 Cornel Wilde (best known for his role as Persian Poet  )

“On the run after being found sweet-talking the Sultan’s daughter, Aladdin comes upon a lamp which, when rubbed, summons up Babs the genie. He uses it to return as a visiting prince asking for the princess’s hand. Unfortunately for him, the sultan’s wicked twin brother has secretly usurped the throne, someone else is after the lamp for his own ends, and Babs has taken a shine to Aladdin herself and is bent on wrecking his endeavours.”