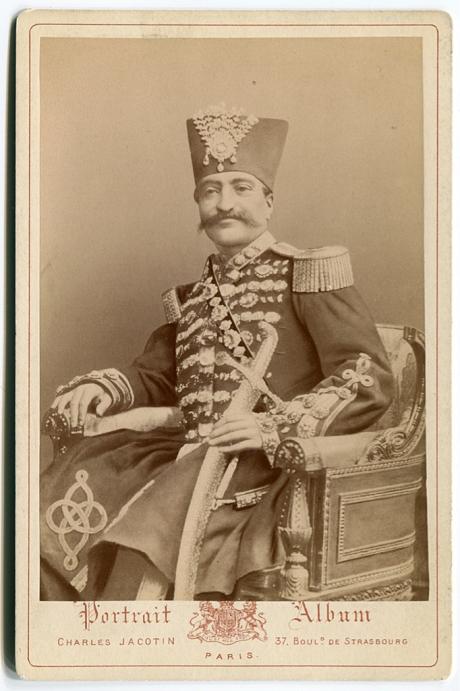 Nasser al-Din SHAH QAJAR). (1831-96) King and Shah of Persia, 1848-96. Third longest reigning monarch in Persian history after Shapur II and Tahmasp I. A reformer, he introduced a modern postal system, railroads, a banking system and newspaper publishing. He was also one of the first Iranians to be photographed. HIs authoritarian rule earned him many enemies and he was assassinated in 1896.