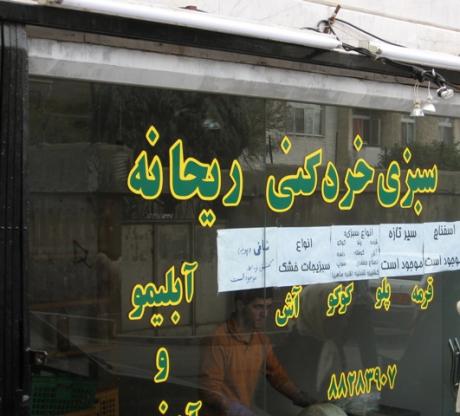 10 Months into the Future

The newly arrived settlers from Iran seem to be having a bit of a trouble adjusting to their new life. There are a total of 1500 people who arrived on the 3 ships which increased the colony’s size by almost 50% overnight! There are now more Persians than any other group on Ahura-5. Accommodations for the time being are not a major issue, but out of the 1500, there are over 350 teenagers with their parents as well as young beautiful Persian women who are unaccustomed to living anywhere but earth. It has been 3 months since the ships arrived, but the newcomers and existing inhabitants are having a hard time adjusting to each other. The building code in the colony does not allow for structures higher than 18 meters which is roughly the height of a 5 story building.

Although there are enough buildings for the newcomers, the individual apartments inside them are not yet totally finished, so there are a lot of “interactions” between the occupants. One has even compared one of the buildings to “Khaneye Ghamar Khanoom” due to the rowdiness of others and lack of privacy.

Television service on Ahura-5 is rather unique. The Farsi channels show a variety of old and new programs. Although ancient, some of the real old programs including “Dayee Jon Napelon”, “Morad Barghi”, “Samad” and “Italia Italia” are among the all-time favorites with the Persian colonists. Some have been reproduced using Holographic Technology utilizing attributed from original cast members.

Transportation on Ahura-5 is by Hydrogen-fueled vehicles equipped with specialized attitude control systems that allow them to hover slightly above ground to eliminate tire-ground friction and therefore, reduce fuel consumption. Flying cars are banned on Ahura-5 due to concern for safety. Traffic has doubled on the colony’s streets since the new arrivals and the addition of all the teenagers.

Social events are popular on Ahura-5. There’s a pot-luck dinner every Thursday night that is most popular with the colonist. So far, Abgoosht and Fajitas are the most popular dishes. The restaurants on Ahura-5 serve replicated food of great quality, but the colonists only use them if absolutely necessary. There are talks to hire/train chefs and staff and convert some of the food on the menu to food cooked by humans.

Ahura-5 is not a military outpost and does not have any defense systems because there’s never been a need for such measures. Earth has been a single government system for over 250 years which resulted in the elimination of wars as well as hunger and disease. On earth, the government maintains a compliment of military-style machinery and equipment and a ready force of 2 million to combat natural disasters and similar calamities. However, weapons of sort or instruments with lethal capacity are no longer manufactured on earth. Hunting for sports has been banned for centuries. People no longer see a need to purchase guns and weapons as a measure of “defense” or to extend their manhood beyond the confines of their trousers.

For the past 3 years the tracking stations orbiting Ahura-5 have recorded mysterious objects around the planet as well as in the vicinity of the star system. These objects do not register as space vehicle from earth and are not recognizable by current identification schemes available to Ahura-5 colony. Earth had been contacted regarding this phenomenon and the instructions given had been to maintain observation and record related details and specifics.

About a year after the arrival of the new colonists the “visits” of the mysterious objects became more frequent. No one ever actually observed anything by the naked eye until a clear spring day in 3683.

It was quick, much like a blink of an eye. One minute there was nothing, the next minutes there were 3 shiny objects in the sky. Soon it became clear that these objects were space transport vehicles; spaceships! They were nothing like the earth ships. Their shape resembled that of a marine animal with long pointed nose and wider, but relatively flat bodies indicating their ability to travel both in the vacuum of space or through a relatively thick atmosphere such as the Ahuran atmosphere. The ships were large from what could be observed; perhaps 400 meters long by 100 meters wide. There were no discernable signs of a propulsion system anywhere on the ships’ bodies.

Quickly they organized in a V-shaped formation and descended to about 500 meters off the ground and hovered there motionless and without a sound. By now, almost all of the colonists had gathered on the grounds outside the colony mesmerized by the sight. For millennia, mankind had searched for the answer to the question that asked: Are We Alone in the Universe? They felt they finally had an answer. The ships just hovered there for another 10-15 minutes as the level of anxiety among the crowd grew. Some were saying that the ships were scanning them and perhaps could have hostile intentions. Others, while intrigued, were less cautious and theorized that the ships were contemplating where to land.

All of a sudden, a large hatch on the side of each ship opened and a shuttle-like vehicle exited. The crowd gasped and ran for the shelter of colony, but the shuttles reached the ground in less than 3 seconds which made the people realize that escape was futile. So they stood where they stopped and stared at the shuttles with wild eyes and fearful apprehension. One colonist yelled out in his native Parsi tongue:’ maa dahanemoon servic-a…..inna omadam maru az bayn bebaran”.

Everyone was standing still, but as the colonist yelled out his cry of fear, a voice that resembled English spoken in a thick Persian accent said: “Have No Fear, Vee Come in Peece”.