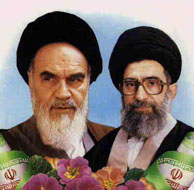 Cyrus Safdari over at the Iran Affairs blog recently put together a partial list of hype for a “second revolution” or “end of the IRI regime is near” that’s been published in the Western media over the past three decades. To all you anti-IRI cheerleaders out there, have a look at what these so-called experts were claiming back then (and now):

Iran’s next revolution. (need for US support to help Iranians fight government’s repressive measures)(Column)
Michael A. Ledeen
The Wall Street Journal
June 5, 2002

The coming revolution in Iran. (influence of the Shiite theocracy and the mullahs will soon crumble
The Wall Street Journal
July 29, 2002

Year in year, year out, its always the same in the West: the end is near for the IRI. Trouble is, for these anti-Iran cheerleaders, they’re always WRONG.

Now that’s not to say Iran doesn’t face many challenges- it does. But it’s getting pretty pathetic all the hype and triumphalism (particularly amongst members of the completely biased and out-of-touch diaspora) that today the IRI is on the brink of implosion. See for yourself. Over the years, if you were all betting persons, you’d all be broke by now!