What will be the next move? 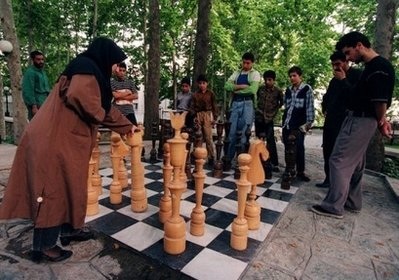 How the political leadership of Iran deals with the deepest political crisis following the tenth presidential election could be an important test for the Islamic Republic of Iran (IRI) in its three-decade history.  At the center of the crisis, apparently, lies the allegation of fraud by one of the presidential candidates, Mir Hossein Mousavi with 11.71 million votes or 34.07% of the total ballots cast against the incumbent winner President Mahmoud Ahmadinejad, who, according to Iran’s electoral commission, received 21.78 million votes or 63.36% of the votes cast by a total 34.38 million, or 84% of the country’s eligible voters.

In the last six months after the election, Mousavi has not provided the Guardian Council, in charge of validating the election results, with any evidence of fraud or even significant irregularities.  On the contrary, Mousavi, over-zealous by his newly elevated popularity among the upper strata of the middle class with diverse political visions–-pro-western monarchists, Mojahedin Khalgh terrorist organization, Freedom Movement of Iran, an old pro-western organization, and a majority of unorganized mass with socio-economic and cultural demands–- periodically put his stamp of approval on the on-going riots which were gaining dangerous momentum, wasting lives and destroying properties in its path.

With a cue from its leadership on the sidelines, the actual organizers were using every occasion—religious, or days with politico-historical significance—to bring about divisions within the working class majority, the government, the religious hierarchy, academics, the university students, the service sector workers, the national security forces: the Basij (unarmed militia), the policemen, and the military forces, and the operatives in the national radio and television stations.  But more than any other audience, the leaders and the activists in the demonstrations, carrying signs and banners professionally made, with English-language slogans asking “Where is my vote?” and “Ahmadinejad is a Dictator” were trying to attract the attention of foreign media, the ideologues and the statesmen and women in the western countries, particularly in London, Paris and Washington, DC rather than the consideration of common Iranian citizens.

With Eyes on Obama

To fan the flames of unrest in Iran, Prime Minister Gordon Brown of Britain, President Nicolas Sarkozy of France and Barack Hossein Obama of the U.S., on several occasions declared their support for the riotous activities of the opposition in Iran and expressed their intentions of taking advantage of the Iranian government’s politically weakened position to pressure Iran to cease supporting the Palestinian liberation struggle, abandon its nuclear enrichment program aimed at production of electricity, and impose more stringent trade and economic sanctions on the country.  One of the key speakers for the Iranian opposition in Europe, Mr. Makhmalbaf and others in the U.S. was pleading with the European heads of states and the U.S. State Department to break their diplomatic negotiations aimed at dealing with the differences between Iran and the U.S., Britain and France.

As the protests in Iran intensified, and as a majority of the people, pro-Ahmadinejad and even those in the Mousavi camp realized that the true objective of the opposition is far beyond the presidential election results, and as the core of the protestors turned ever-more violent and as a greater number abandoned the theatres of fierce clashes and attacks by the opposition crowds on the unarmed security forces and the state and private properties with the ultimate aim of over-throwing the state organs, the liberal leaders of the mobs, Mousavi and Karoubi removed themselves from the daily activities of the protestors.  The greatest damage that Mousavi and Karoubi inflicted was not on the so-called Principalist, an ideological trend that Ahmadinejad represents, but ironically was on the ideals of the reform movement, which was for years in the making.  Such a bourgeois-liberal movement, if it had the chance to mature, and follow the path of reform as they preached, would have been able to strengthen the republican side of the state and soften its side of theocracy.  The negative feature of the reform movement, should it ever succeed, would be its strong belief in the tenants of neo-liberal economic theories and believing in free market concepts and U.S. rhetoric about democracy at its face value.

Belatedly realizing the strong opposition of a great majority of the Iranian people to the damages inflicted on Iran’s international credibility and domestically, Mir Hossein Mousavi and his sympathizers have come up with the idea of  “national unity” to avoid facing prosecution for their role in the de-stabilization demanded by some key clerical, political and military figures of the Islamic system.  Given that the security forces have arrested and charged hundreds of individuals from stratas below the leadership with violations of civil and criminal codes, it remains to be seen if any meaningful charges will be leveled against Mousavi, Karoubi, and their backer, Rafsanjani, who were the ideologues and the strategists of the civil unrest that resulted in deaths and casualties of tens of people.

It remains to be seen if Iran’s Supreme Leader, Ayatollah Ali Khamenei and President Ahmadinejad, after a long period of solemnity and deliberation, have reached a point where they will bring Mousavi and Karoubi to justice or they exercise leniency with regard to these leaders of the opposition and put the blame on groups that the clerical leadership of the Islamic Republic consider ideological nemesis. For example, on January 10, 2010, an Iranian lawmaker from the Parliament’s National Security and Foreign Policy Commission, Kazem Jalali told Fars News Agency “Those who were on the streets on Ashoura to foment unrest and riots were typical enemies of the country, including…Marxists and those who historically feel hostile towards the Revolution and the ruling system.”  But it would be hard for Congressman Jalili to prove that under the rules of the Islamic Republic in the last three decades tens of thousands of Marxists have been nurtured and survived the periodic state investigations.  It is not hard to see that the Iranian lawmaker is deflecting the guilt from members of the ruling authorities and directing the charges at the easy targets of ‘Marxists and Socialists’.  After all, the leaders of the revolt were the old “family members” of the leadership and seemingly remain above the law.

The current unrest was the result of three forces joining hands:  the most visible of the three was the role of the foreign powers and the financial and logistical support they provided to the pro-western and well-to-do strata in Iran who received their ideological, political and practical directions from foreign, particularly the U.S. and British intelligence operatives, Iranian counter-revolutionaries acting as the long arm of the U.S.-U.K. organizations that channel funds into the accounts of anti-government links.  One of the critical components of the foreign factor is the $400 million that the U.S. has provided for broadcasting anti-government and anti-Islamic propaganda through dozens of TV and radio stations beamed into Iran.  Although imperialists and their partners need no excuses to intervene in the domestic affairs of Iran or any other country, but the essential weaknesses in the outcomes of the 1979 Revolution and the character of the state that emerged from it have been exploited by the foreign and domestic forces who were the direct targets of the Revolution.

The 1979 Revolution had two general objectives: Independence from foreign control and domination and secondly establishing a democratic society.  The revolution accomplished the first aspiration and freed Iran from foreign domination over the economy, the direction of foreign policy and the political organs of the state by removing the Shah of Iran who was a major link with Washington and London.

With regard to the second factor, establishing democracy, the abolishment of the rule of monarchy was the greatest achievement of the revolution.  But the biggest weakness was the establishment of a type of republic that is overshadowed by the preponderance of the theocracy.  Although the president of the country, the representatives of the parliament (Majlis) and the administrations at the city and town levels are directly elected by the people, but the most vital institutions of the country and their policies, including the supreme command of the defense forces, the intelligence apparatus, the foreign policy direction and even the character of the economy are the sole domain of the theocracy, formally headed by the Supreme Leader, Ayatollah Ali Khamenei.  As a result, the republican component of the state is undermined by the theocratic circles of power which dominate the organs of the state and the economy. This contradiction is a sore spot in the system that periodically erupts and gives rise to factions within the state apparatus and by extension causes schisms in the society.  As far as the political power is concerned, the resolution of schisms in favor of the republican side of the state at the expense of the theocracy is a necessity for avoiding another upheaval in the near future, which may threaten the revolution itself and the country’s independence.

The third factor is an ever-increasing gap between the rich, those in the key positions of foreign and domestic trade, in the top layers of the government and theocratic circles, on one hand, and the majority of the population, workers in the private and public sectors and the small farmers in the rural areas, on the other.  In other words, the third factor in destabilization are the problems inherent in capitalist development, particularly manifested in high rates of unemployment among the young people, affecting college educated or otherwise, the high price of shelters and the bureaucracy of the government that generally disregards the rule of law.  The low rate of labor productivity in both private and state sectors, not to mention corruption and lack of transparency in government projects—contract auctions, and issuance of import-export licenses—no doubt diminishes the trust and confidence of the masses with regards to the character of the state.

In other words, the laboring classes in Iran are doubly burdened: the theocracy on one hand and capitalist development on the other.

AUTHOR
Ardeshir Ommani is an Iranian-born writer and an activist in the U.S. anti-war and anti-imperialist struggle for over 40 years, including against the Vietnam War, and now the Iraq-Afghanistan-Pakistan war.  During the past seven years, he has participated in the U.S. peace movement, working to promote dialogue and peace among nations and to prevent a U.S.-spurred war on Iran. He holds two Masters Degrees: Political Economy and Mathematics Education.  Co-founder of the American Iranian Friendship Committee, (AIFC), he writes articles of analysis on Iran -U.S. relations, the U.S. economy and has translated articles and books from English into Farsi, the Persian language.