Why the Green Movement is doomed 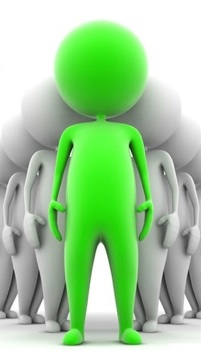 Change, revolution, transformation, reform is a project. Like any project, it has to meet certain requirements to succeed. Every project has some common principles. The outcome must be clearly defined, right team must be assigned, a clear strategy must be put in place, risk assessment must be implemented and most importantly … the process must be executed by the right leader. The leader must be able to sell his/her vision to the team. The team must be able to sell the leader’s vision to the stakeholders. The leader must consistently explain the outcome to the team, anticipate roadblocks and recalibrate strategy. The team must share the vision and trust the leader. The leader must execute, foresee, inspire and reiterate. All stakeholders must be onboard.

There are many examples in history that support this theory. Ayatollah Khomeini for example ran a successful project to overthrow the Shah of Iran. He clearly defined the outcome: “Shah must go.” He then defined the vision, “independence, freedom, Islamic Republic.” He assigned a team of nationalists to run the campaign inside and outside of Iran which gave his movement a nationalistic credential. In his taped speeches he reiterated the vision which included phony catch phrases that brought all factions of the opposition together. He inspired people and executed his project (revolution) with tight grip. And ultimately his project succeeded and his goals were achieved. Some argue that the Ayatollah was a con artist who deceived the populace to establish a form of government that served only an exclusive segment of the society. That might be true, but it does not change the fact that Khomeini was an effective project manager.

Nelson Mandela is another example of superb project management. He too defined his goals clearly: “Apartheid regime must vanish.” He developed a roadmap that directed his team to pickup arms and fight the government of South Africa. But he cleverly changed course when he realized that his original strategy did not bear fruit (flexibility). He quickly purged his team of leftist radicals and replaced them with lawyers, political experts and clergymen (recalibration). From his prison cell, he explained the reasons behind the change of strategy to his new team (risk assessment) and invited his team to go out in the field and sell the vision to the community. The common goal brought the stakeholders (residents of the townships) onboard and the roadmap gave the team a clear path to follow. The vision was defined, the outcome was explained, strategy was in place and the execution was carried out. Mandela won. Apartheid lost.

Gandhi and MLK took the same path. They too followed successful project management principles. During the life of any project, things will go wrong all the time. But a great project manager maneuvers his/her way around obstacles with the ultimate goal in mind.

Now, here it goes: the green movement lacks most, if not all elements of a successful project management. There is no clear leadership. Therefore no clear path has been set by the leader(s). No vision, no cohesive strategy and most importantly: no clear goal. The team can not define its objectives with a unified voice. The vision has not been communicated to the stakeholders; therefore, just about every participant has its own version of the outcome. People are not clear as to exactly what the goals of the movement are. Other than participating in demonstrations during IRI national occasions, there is no clear roadmap. Lack of cohesive strategy has allowed IRI to easily manipulate the movement’s rank and file.

Some argue that people are the true leaders of the green movement. Though sounds romantic, the argument holds no water as it implies that a car with strong engine but no wheels can get you to your destination. One thing that the green movement has clearly going for it is passion. But passion alone will not achieve goals. At some point a project manager with strong leadership skills must emerge or this movement will eventually flicker out.