We Refuse to Die 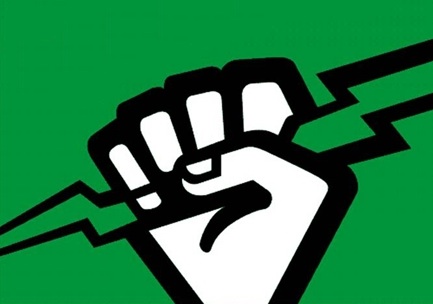 These are both tense and exciting times in Iran and amongst the opposition abroad. In the build-up to 22 Bahman[1] which is yet another chance for the Green movement to use the cover of official demonstrations to come out en-mass to protest, the regime is showing signs of uncharacteristic and newfound anxiety.

In what is believed by many to be an attempt to deter a repeat of the widespread and vociferous Ashura demonstrations, two young men who were defendants in the regime’s post-election Stalinist trails have been executed and eleven more have been charged, five for being a Mohareb, a warrior against God, which is punishable by death.

As though the execution of the two innocent young men was not enough, Jannati, last Friday’s prayer leader, asked the judiciary to hasten the execution of more Moharebs. This hard-line Ayatollah, cursed with the illogic of the petrified, used verses from the Koran in order to justify the hangings. Jannati, in this way, sealed the sure repulsion-from-Islam of those urbanites that still may have held a soft spot in their heart for their ancestral religion.

The gun-toting Hojjat-al-Islam of Ouroomieh, Hassani, who has a fetish for exposing his weapons in public, revived the medieval notion of punishment by suggesting the parading of the bodies of the executed on the streets of Tehran to put fear into the hearts of all the other Moharebs and dissenters.

On the international front, the more “secular and educated” foreign minister Manuchehr Mottaki announced on Farid Zakaria’s show that the protesters were a violent minority who had not been targeted by the basij and the security forces but who had themselves fired guns, burned buildings and killed people.[2] Mottaki’s performance was so lame compared to his firm and fair interlocutor that Farid Zakaria would win a majority of Iranian votes if free elections were to be held today. Regime mouth piece Professor Marandi of Tehran University in his perfect mid-western accented English blamed the executed nineteen and twenty-some year olds for their own execution.

The Senate passed sanctions against Iran which would have provoked much hatred a year ago but instead sparked a rapprochement between Iranian opposition groups and Senator McCain. The Senator whose video showing him holding Neda Aghasoltan’s picture and eloquently pleading the cause of Iranian Greens made it to all opposition sites and made us forget, for a moment, his ‘bomb’ Iran image.

Many still oppose sanctions, especially Iranian-Americans and those on the left who have rightfully come to hate AIPAC and the neo-cons and cannot fathom that maybe, this once we share common interest with those much hated monsters on the Hill![3] Some find this hatred greater than their desire for a quicker resolution to the internal crises facing the people of Iran.

The opposition disagrees with each other on many issues yet the disagreements should not be seen as sources of division but as signs of democratic maturity. It is almost as if the opposition has come to see that they can unite under the love of the right to disagree!

The troika of Reform (Khatami, Mousavi and Karoubi) disappointed us once again with a too little and too guarded response. This time even the popular Karoubi minced words regarding whether or not he accepted the Supreme Leader as the leader. But Zahra Rahnavard stepped in to save the day, declaring that the reformist opposition had no intention of backing down showing us once again that women in this traditional society have more guts.[4] Once again the movement hijacked the reformist leaders and corrected their lackluster performance. A declaration by Karoubi and Mousavi expressing ‘regret’ towards the executions was widely disseminated as “condemning” the executions.[5] “Hush, let us put up with them until we get there then will impose our true wishes,” seemed to be the unspoken refrain of a movement that was from the start much more radical than its hesitant leaders!

In times of tension and disappointment people pump hope into the Green movement. The mourning mothers joined the family of the imprisoned outside of Evin gates last Saturday. A crowd of two thousand demonstrated and cheered the prisoners that were being released.[6] The pressure from the crowd was such that reportedly much more than the promised twenty-three prisoners were released. In Rome, Rotterdam and Geneva Greens interrupted IR sponsored concerts and events.[7] In most cities candle-light vigils were held for the executed.

Online, the activity of cyber warriors has doubled, everyone feeling the urgency to act– to give one last push to this unwanted and feared regime. The cherry on top of the icing of recent protests were reports yesterday of the Iranian Ambassador being roughly handled by the French gendarmes after he had tried to attack some demonstrators. This was cheered by the opposition who saw in this minor incident much symbolism and justice.[8] In Neuphle le Chateau, where Khomeini held his last court in exile thirty-one years ago, his ambassador was humiliated by the French police. The same police who had protected the opposition in ‘78 now protected the Greens who had come to this quiet little town, where a commemorative event was planned by the embassy, to protest against the Iranian regime. The Islamic Revolution, it seemed, had come full circle to where it first gained stature in order to lose it.

Despite numerous warnings of the Green’s demise due to lack of leadership or working class following, the chaotic, multifaceted opposition movement keeps surprising everyone, ourselves included. It reminds one of an Iranian picnic where no one really organizes anything but everyone brings food and good will to make, in the end and despite much pandemonium, a great feast. In fact the resilience of the movement is such that it has made experts try to revise theories of revolutions and uprisings. In many ways it is a first: it is a first movement of a middle-class Muslim society against its Islamist leaders; it is a first counter revolutionary uprising coming a good thirty years after the revolution; it is the first YouTube uprising, the first Twitter revolution and the first Facebook struggle. What makes this movement so inspiring is its refusal to die even when faced with the increasing brutality of a formidable and heartless enemy.

The first great Islamic revolution is now facing the first great anti-Islamist uprising. It is the first leaderless revolution which also lacks ideology or even a clear-cut agenda. It is the first revolution that does not need leadership nor ideology because it is fueled by a basic, unrelenting need for freedom and justice that is so strong it is self-correcting and self-propelling! This is not just a civil rights movement; this is not merely a reform movement. This is a new kind of Revolution. It is a mature Revolution one that mistrusts leaders and isms one that knows what it wants but refuses to make a religion out of it. It is a struggle that wants freedom in its purest most individual sense. It is a reform movement that wants to replace lies with candor; corruption with accountability and state monopoly and mafia economics with a free and fair market. It is a revolution that demands a democracy that does not translate into the tyranny of the masses. It is a revolution of those who recently tasted the bitterness of a revolution that did not answer their needs or fulfill their dreams.

[1] Anniversary of the Islamic Revolution of ‘79

[3] InsideIran.org: Iran: Sanction, or Not? Hossien Askari’s gives the most thorough defense of the need for economic sanctions. against any ‘intervention’. I agree with the former. I think that Iran is not Iraq so sanctions can work at this point I also think that we are in a post imperialist world were Iran is no longer threatened with imperialist aspirations of superpowers and we have reached a maturity as a nation were we will not mistake aid for intervention.