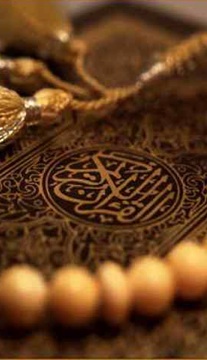 No book has been dragged more frequently into the forum of public opinion by the media and more intensely scrutinized, sometimes unscrupulously, by Western scholars than the holy the Quran. Westerners began to be more inquisitive about this book after 1979 and the inauguration of an Islamic government in Iran (IRI) and particularly throughout post 9/11 years. Many contemporary Western religious scholars seem to believe that Islamic radicalism is rooted in the teachings of the Quran and the distorted interpretations of some of its verses. However, what they overlook perhaps is that the Quran is basically different from other holy books they are familiar with, namely the Bible.

Modern scholarly interpretations of the Quran, unlike that of the Bible, have been slow to address situations in the contemporary environment. The Quran has been unfairly denied flexibility by Muslims who believe it is the miracle of Mohammad and the sacred words of God, and thus none of its verses (ayah) can be altered, invalidated, or be revoked. However, the generalities, piecemeal approaches, ambiguities, and frequent abrupt shifts in the themes of the Quran have given rise to a widely diverse assortment of interpretations of its verses by both Sunni and Shia interpreters who interpret the Quranic verses based on what they believe in, their theological persuasions and the kind of hadiths (sayings, practices, and traditions of Prophet Mohammed) they can find to support their arguments.

Some interpreters have tried unapologetically to reconcile some verses of the Quran with the scientific realities of today’s world, albeit superficially. They often come up with face-saving interpretations of verses viewed by many progressive scholars as outdated because they are plainly inapplicable in modern world or seem to instigate violence. The reemerging Muslim fanatics, who commit violent acts in the name of Islam, sift through the Quranic verses, medieval Islamic texts, and hadiths to muster validation for their dreadful ideology or find excuses for their transgressions. They also make reference to the deeds and the theological preaching of the Prophet Mohammad in search of justifications. It is really hard to fathom why they dig so deeply into the Quran and into the medieval Islamic texts, often cynically, in search of ambiguities, loopholes, to support something that is incompatible with core modern moral values and with the essence of human dignity.

Mullahs claim that they have a better understanding of the Quran and have a monopoly right to interpret its verses despite the fact that the Quran is simple and it is written in an easy-to-understand language because it always addresses the ordinary people. When you read the Quran carefully, you do occasionally come across statements and stories that may not conform to the conventional wisdom or to your definition of morality or fairness. However, to generation after generations of ordinary believers such stories are morally inspiring and, much to my chagrin, many act upon them and one wonders why. I suppose perhaps some Muslims are the bearers of unbending traditions. They are conditioned to look at the Quran as a whole through the eye of faith and not necessarily logic. They consider the Quran to be the miracle of the Prophet Mohammed, the irrefutable and unchangeable words of God. Any unqualified translation of the Quran is forbidden and everyone should recite the qualified translation in Arabic.

Muslims should accentuate its overall moral messages and should not care about non-literal translation for such a translation may distort the meaning of the scripture. It is recommended that the Quran be recited for the soothing power of its verses, poetic sound, and the tranquility of its rhythms. There are wide-spread the Quran recitation contests in Muslim countries. In Iran, they have even invented a quartet-like the Quran recitation band whose members recite verses of the Quran in harmony as if they were the lyrics of a popular song. Muslims are told it is blissful to keep a copy of the Quran at home and to recite it as often as they can. But for non-Arabic speaking Muslims, what is the point of this admonition to read the Quran only in Arabic if they don’t understand its meaning?

According to many Islamic scholars, the Quran was put together years after the passing of the Prophet Mohammed. It is a collection of his teachings and public declarations during the last twenty years of his life. It consists mostly of moral/ethical advice, ancient stories, legal injunctions, and simple civic, judiciary, and family rules and guidance. It has many distinctive attributes but, unlike an ordinary book, it lacks coherency; it is not chronological; it does not follow a persistent theme; and its tone is monopolistic. Frequent abrupt swings from one subject to another may sometimes confuse the naïve readers who may not understand the rationale behind them. To many, such shifts may engender contradictions and convey ambiguous messages. Nonetheless, Muslims believe there is an unknown divine mystery hidden in every verse and argument in the Quran.

Reading different Suras (chapters ) of the Quran often feels like navigating through the life and the career of Mohammed and his quest to spread his monotheistic messages. This is especially true when tracing his strategic transitions as visibly depicted by many verses in the Quran. The reader follows his journey from being a morality teacher and a compassionate personality in Mecca to being a statesman, ruler, and conquering leader in Medina. One thing that is undeniable is that the real life situations at the time persistently dictate the tone and the premise of Mohammed’s proclamations. In other words, the correlation between the tone of his public statements and the situations he encountered is undoubtedly detectable.

We should be mindful of this fact when reading the Quran and trying to understand the intended denotation of many verses, especially the ones that appear to espouse violence or allow retributive justice. For instance, the early the Quranic verses advocating intolerance, and rarely the use of force were revealed in fact as mainly self defense responses to the harassing behavior of non-believers at the time of Mohammed. Some Islamic leaders, however, claim that all the Quranic verses, even those recommending use of force, Jihad, are the words of God and eternally valid. They can, therefore, be invoked anytime to wage war or to punish so-called infidels, the enemies of the faith [whatever that means] at any time.

According to Islamic narratives, the Quran existed mainly in oral form during the life of Mohammed. It was preserved orally via public recitation of its verses by some of his close devotees. It was composed and complied into written form by Othman several years after the passing of the Prophet Mohammed, twenty years according to some Islamic sources. No one can dispute the fact that the Quran is based on the public preaching of Mohammed, but given the fact that its final version was put together so many years of his death, it was unlikely to preserve everything he uttered precisely. The probability of misquote, misrepresentation, and inaccuracy is significant. It is also unclear who had the authority to decide which ones of the many preserved fragments, oral and otherwise, are the exact utterances of the Prophet Mohammed, and who decided what should be included in the Quran, and what should not, and how such decisions were made,

It seems that religious specialists have an explanation for almost every conceivable anomaly and Islamic experts, mullahs in particular, are no exception. They offer plenty of rhetorical claims when it comes to exploiting the Quranic verses. This is a sly ploy by Shia mullahs who even hate Othman, the man who is credited for putting together the final version of the Quran. They consider him an illegitimate successor to the Prophet Mohammed and a usurper. Relying on the verses of the Quran, or more commonly on hadiths, mullahs often offer weird explanations for the claims they make, especially for the ones they cannot substantiate. Throughout the centuries they have concocted hundreds of thousands of hadiths to bolster their arguments especially when they could not find any reference in the Quran to prove their case. They firmly cling to their claim that the Quran represents the unadulterated words of God revealed to Mohammed and as such its edicts are eternal.

The Quran can be invoked at any time, if deemed warranted, by religious leaders who consider themselves to be the guardians of umma (Muslim community). Because there is no scientific proof for such an assertion, it is likely that it might have been Mohammed himself who composed the Quranic verses because many of them are tailored to the specific situation(s) he was confronting and had to deal with. Therefore, he may in fact be the bona fide author of this holy book. Mullahs may have vital interests to deny his authorship. To my mind, it is a diminution of Mohammed’s stature if we believe that he was only an instrument for passing on God’s messages to the people of Arabia without any of his own input.

To me, the important thing is the Quran’s content and how it inspires us, Muslims, to conduct ourselves and how we are viewed by others. Linking the Quran to mundane sources not only does not diminish its standing and its sanctity, it is indeed an advisable move that augments its flexibility and its applicability for more liberal adaptation of its injunctions and thus elevates its proper place in the modern world. The Quran can become more illuminating and inspiring for many present-day Muslims who are often mired in its many impractical and antiquated rules. The rigid-minded mullahs who believe that the Quranic rules are the irrefutable words of God should not keep modern Muslims from open-minded inquiry into their religion and its holy book.

Regardless of the source of its revelation, the Quran should be revered by Muslims and be interpreted by unbiased experts in a positive, constructive way for the betterment of all Muslims. I find it ironic that some demagogues try to apply medieval rules to modern time and spread their gloomy version of Islam through the use of state of the art information equipment such as computers, wireless electronics, and the Internet. One would think they would prefer to utilize medieval modes of communication to promote their medieval ideas and to underscore their rejection of modernity.