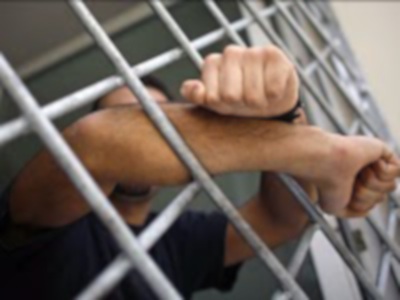 One day, many years ago, when I returned to Iran after a long absence, I saw an old friend. We walked and talked on Pahlavi St., what came to be known as Vali Asr St. (referring to Khomeini). I asked him what had happened to him while he was in jail. He said, “I can’t tell you, it is too painful.” I responded by saying I understood. Though, in all honesty I didn’t. I could not even fathom what he had gone through. He had been in jail for four years between the years 1981-1985.

Later, he had again been imprisoned for one more year. The first time, they couldn’t find anything about him. The second time he was charged with being a member of a leftist party. I spent some more time with him. I remember going to his house for a get-together. He told me that he was receiving anonymous and threatening calls presumably from the Ministry of intelligence. These calls were meant to intimidate him for the simple reason that he had befriended the late activist /poet of Iran, the one and only Ahmad Shamlu. He had a bust of Shamlu in his house. We departed. Many years later, he was finally able to leave Iran after he had been forbidden to do so for nearly 26 years. When he arrived in the US to see his mother who was now ill with Alzheimer, she barely remembered him.

While still in the US, he showed me the scars on his feet, the cigarette burns from the torture inflicted upon him while in prison. He had received other forms of torture but he wouldn’t go into detail. They were terrible reminders of the past which he was trying to put behind.

His father was famous, a Mossadeghi, and like many enthusiasts, the family had returned to Iran after many years of exile. This was Iran in 1979. He wanted to see the downfall of the Shah and the coming of a new dawn, of a new Republic.

In prison, he told me his interrogators had reproached him, “your father wanted to become the President!” That was one of his, the son’s, sins.

What else had he done? Sign a petition and be a member of a left leaning organization. Later on, he was purged from the university. He had gone to Iran after the Revolution to see the fruit of his labor and to serve his country as his father had done some 40 years earlier. He could not teach nor could he get any other jobs. He had married and had two kids. Yet the idea of this revolution and its outcome was still very much on his mind.

I met him again 5 years ago in Iran. He was older, had had serious illnesses but he was still fighting and was hopeful that this Revolution was one day going to fulfill some of his dreams. In the meantime, his mother had died. She was buried next to his father. She wanted it that way, to be buried in Iranian soil even if that soil had not given much to its children who gave up everything for it.

When I saw him again, he was out of breath. He was now struggling for his sons. “It was now their turn,” he said.

Iran was his hope, his dream of a Revolution he and his entire family fought for.

It is now 2010 and the anniversary of the Iranian Revolution will be coming up soon. But I wished, for his sake and mine that this Revolution had never happened. It destroyed lives, many lives.

Our fathers fought against the Shah and against dictatorship but the theocracy that followed was far worse. Our fathers, both men of the highest integrity, both members of Mossadegh’s entourage, are not alive to see what has become of their country.

22 Bahman (February 11) is approaching fast. Who knows what will happen. But I am glad my friend is not there and his kids are safe and sound. Nevertheless, I am frightened for all the thousands of Iranians who might face bullets, bayonets or tear gas in the streets of Tehran for another anniversary of a Revolution that should have been avoided for everyone’s sake.