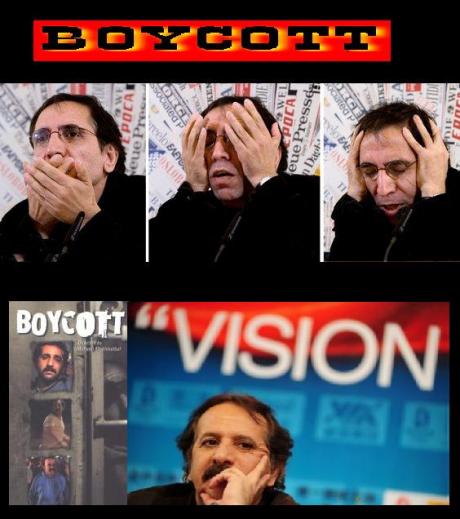 Mohsen Makhmalbaf’s Political Manifesto “Boykot” aka “Boycott” against the Shah’s Regime’s arbitrary Political Trials in what corresponds to his early “revolutionary” years of cinematographic activism.

Valeh (Majid Majidi), imprisoned during the reign of the Shah for his membership in a leftist organization, is put to public trial and questions his beliefs and nearly goes mad due to the immense pressures of prison life and the brutal methods employed by SAVAK.

Golesorkhi a Marxist Islamic Activist accused of plotting against the Imperial Regime  (and aiming at kidnapping members of the Royal Family) and put to public trial (mid 1970’s).

Shah of Iran interviewed on the Subject of Torture by Mike Wallace on CBS:

Swiss Report on Iran’s SAVAK based on Amnesty International (1977):

Set in the years before Iran’s 1979 revolution, Makhmalbaf’s The Boycott is the story of a young anti-Shah activist who forsakes his family for the cause of leftist politics. His arrest by the Shah’s secret police imposes great hardship on his wife, and his new acquaintance with Muslim opponents of the regime eventually leads him to rethink his ideology. “Makhmalbaf’s political aim of attacking a soulless, atheistic left is uppermost in the story” (Deborah Young, International Film Guide). The director’s follow-up film was The Peddler, which marked a creative turning point in his career, and proved to be his international breakthrough.