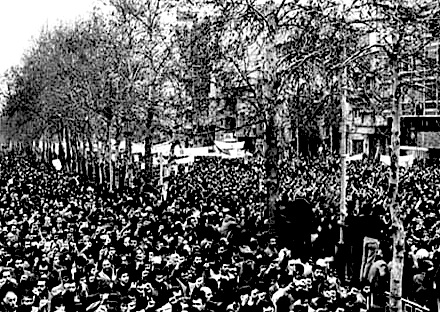 When does the clover become sweet?

In my country, that year

It was ripe in the midst of February’s cold. (1)

I didn’t see the white steed

Tied to the gate, as forseen

Waiting for the Messiah. (2)

But the city smelled of clover,

And the vast meadows

Looked wider than before.

And the city neighed with one voice.

NOTES
1. February refers to the 1979 Revolution, the downfall of monarchy  and the establishment of theocracy in Iran.

2. Throughout history,  some Shia rulers kept white steeds saddled ready for the messianic Imam Mehdi, Believed to appear at the end of time.