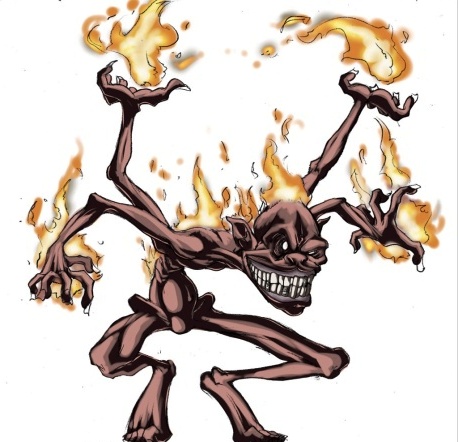 One of the first times teaching a class in Canada, I caught a kid laughing at a scrap note, which said “Irani = Crazy”.

I took some time to first point out to the obvious fact that making blanket derogatory remarks against any race or nationality was a no-no, for so many different reasons. Then, I proceeded to explain that the various peoples of Iran, over the course of history, have been credited with inventing so many great contributions to the civilization, from wine and wheels, to monotheism and mail!

Nowadays, I am hard-pressed to maintain my faith; as we are again being reminded that every Iranian government has been ready and willing to hang itself, given just the enough length of rope.

Iran was ruled by murderous maniacs up until the beginning of the 20th century. But then, the first democratic movement in the Middle East turned Iran into the first Muslim country with an elected parliament. So why have things gone so wrong? Why has the following string of events taken place to turn us again into a bottom-of-the-barrel country, ruled by blood-thirsty crazies?

1.  Reza Shah: despite an initial firm support from the British, accepts a secret alliance with Nazi Germany; even though his country was surrounded by the British and Russian forces. Result = invasion and occupation of Iran, leading to the brink of break-up and even communist take over.

2.   Dr. Mosaddeg: even after brilliant victories over the British in UN and the Shah in Tehran, fails to resolve the oil nationalism impasse, and instead, creates a dozen more national crises. Result = coup-d’état and the demise of Western style parliamentary system in Iran.

3.  Mohammad Reza Shah: with the windfall oil money of the 1970’s, embarks on a surrealistic program of “grand civilization” – including lavish celebrations, departure from the Islamic calendar and forced membership of everyone into his “resurgence” party. Result = an Islamic reaction mixed with leftist fervor and nationalist distrust, exploding into a needless and destructive revolution.

4.   Ayatollah Khomeini: takes the embassy and citizens of the strongest country on earth hostage, for 444 days. Result = active animosity of the West towards Iran, complete with material support for Iraq, during the 8 years of war.

5.   Ahmadinejad & Khamenei: discard the strategic gains of a nuclear package-deal with the West, in favor of an unwise drive for nuclear weapons. Result = ???