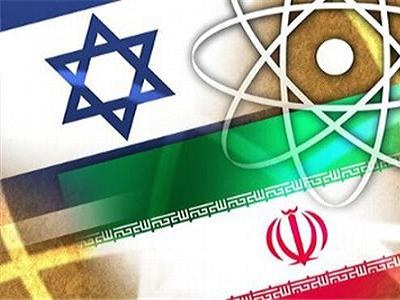 The Brookings Institute recently conducted a war game between Iran, Israel, and America. You can read all about it here, “War game shows how attacking Iran could backfire.”

Well here is a leaked excerpt from a war game that was recently conducted in Iran at “Oops WW3 Institute”.

… as soon as Israeli jets were identified over Iranian airspace, and the bombing on Natanz was confirmed, Iran launches over ten missiles towards Damon, where Israel’s nuclear industry is based. Simultaneously a volley of five hundred missiles from southern Lebanon hit Damon and several Israeli military bases.

As Iranian missiles slam into Israel panic sets in after false rumors are spread that the missiles have biological warheads. A mob stampedes into the Knesset demanding a nuclear attack on Tehran.

America goes on full nuclear alert, as does Russia and China.  North Korea announces that it has re-targeted its nuclear missiles towards Israel and would act as Iran’s nuclear deterrent. Millions of Pakistani’s go into the streets demanding that Pakistan also re-targets its nuclear missiles towards Israel as a show of solidarity with their Muslim brothers. India goes on full military alert, suspicious of Pakistan’s “re-targeting”.

America announces that any further missile strike by Iran at Israel will automatically trigger a declaration of war against Iran. In response Iran launches its Hoot anti-ship missiles at the two American aircraft carriers in the Persian Gulf, sinking one of them. This is followed by Silkworm missiles sinking a dozen tankers and cargo ships in the Straits of Hormuz, blocking all shipping in and out of the Persian Gulf.

America’s entire fleet of long range bombers with 10,000 pre-targeted smart bombs on board take off for Iran. But before they reach Iran Ahmadinejad orders the launch of its entire arsenal of missiles at American targets in the Persian Gulf, Iraq, and Afghanistan. Iran also uses its long range artillery and rocket batteries to flatten the Green Zone in Iraq.

As Iran is carpet bombed and its dams and power plants are destroyed the Iranian military command disappears into deeply buried bunkers in the Alborz mountains and asymmetrical warfare is initiated. Before the military leadership disappeared into their secure bunkers millions of plastic keys to heaven were distributed to the Basij.

The price of oil soars above $300 per barrel and the world economic order collapses given that 35% of the world’s oil supply passes through the Straits of Hormuz.

It was reported that after Ahmadinejad read this report he said, “At last, Mahdi is coming!”

You can order a pre-launch copy of “Oops WW3 Institute” here: www.president.ir