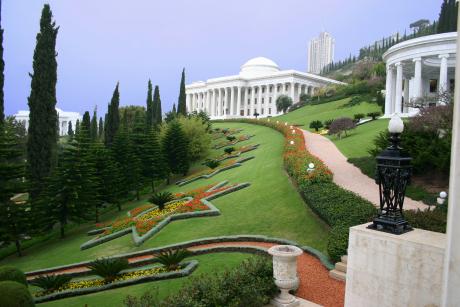 Homa Ehsan is a veteran Iranian journalist and broadcaster; perhaps one of the first from the inception of Radio and Television in Iran back in the early 1950s. Her perspective as a former Bahai, is a unique one when it comes to the plight of the Bahai’s.

As a child born into a Muslim family, her father was an Islamic scholar who for years argued against the legitimacy of the Bahai religion, until convinced, he publicly declared himself as one, despite the economic ruin,the hardship, the severe persecution that it brought to his family.

After The 1979 Iranian revolution, having decided to raise her voice against the injustices of the clerics in Iran, a move that would make a her decidedly more combative and politically active, she decided to resign from the Bahai Faith, in respect for its law of non involvement in partisan politics and obedience to government.

Her unique perspective and knowledge of the Bahai Faith, both as a former follower, journalist/critic, enables her to ask the Bahais the kind of questions they are rarely asked; pertinent questions that reveal what Bahais truly believe, why they are persecuted by the Shia establishment and why they have for so long faithfully held steadfast to their peaceful religious beliefs that sees their Iranian homeland as Holy Ground.

The following episode of Homa Ehsan’s TV programme features Dr Muin Afnani, as an official representative of the Bahai International community, glad to answer her many questions regarding the

current crisis facing the beleaguered Bahais of Iran, who have been blamed by the IRI’s massive defamation campaign as instigators of all the unrest behind the green movement.