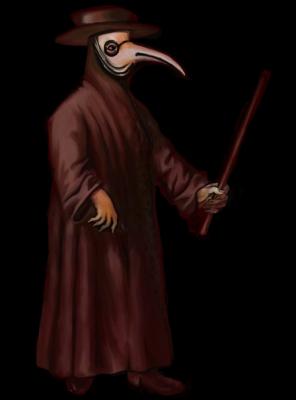 Although it seems a bit far-fetched, economists argue that there is no human behavior that cannot be elucidated if analyzed within the framework of monetary incentives. More specifically, a majority of human actions are triggered by economic incentives to a great extent. Accordingly, individuals don’t mind acting in certain ways, or changing, or modifying their behavior depending on the economic consequences of their decisions. It is even plausible to assume that there is not only a correlation between what we do and how we do it and the monetary outcome of what we do, but also that responding to monetary incentives is an innate human trait with selective advantages. The powerful influence of incentives of any kind appears to apply to the sacred as well as the profane.

Of course, monetary incentives may not explain everything we do but they certainly matter. For instance, people are usually very conscientious about not causing any traffic accident while driving because they would have to bear the costly consequences of inattentiveness, such as paying for the resulting damages out of their pocket, or at least sharing the burden of the costs. Likewise, statistics have shown that the installation of video cameras at busy intersections have resulted in an increase in the number of traffic accidents due to drivers slamming on their brakes to avoid high fines for intersection violations. This is convincing evidence that monetary incentives really work. While economists do not claim that every individual carries a pocket calculator all the time to consciously calculate the monetary gains and losses of their every action, nevertheless, such calculations may happen habitually, and often knowingly, if the material consequences of a decision are worthwhile enough to warrant it.

If validity of the foregoing argument can be established, then positive economic incentives can be utilized to promote good behaviors, the ones we think are appropriate, and negative incentives can serve as deterrents to undesirable behaviors, the ones we do not want to occur. Even though monetary incentives are remarkably effective, they are not the only ones that dictate or influence human behavior. Other incentives are at work, namely social and moral incentives. For instance, a person may refuse to engage in certain behaviors because they do not look right in the eyes of society. Posting a picture of a sex offender on the Internet may be an effective deterrent to further molestations simply because this makes it too costly, socially and otherwise, for the would-be perpetrators. No doubt, individuals consider the effects of different types of incentives prior to making a decision; however, monetary incentives are the dominant concern. They are the most universal impetus to human deeds including charitable giving, committing a crime, having more children, traffic violations, etc. For example, if a person commits a crime, he not only looks bad in the eyes of society but he may also lose his job, income, and creditability; he may have to bear onerous monetary losses. It is also true that altruistic acts such as charitable giving may be motivated by the monetary gains such as expected tax benefits.

Apparently, for positive monetary incentives to be effective they should be sufficiently rewarding to encourage good behaviors and negative incentives must be burdensome enough to deter bad behaviors. Imagine if the penalty for speeding was only a few dollars. No one would certainly care about how fast they were driving since this penalty is not heavy enough to serve as a deterrent. By the same token, offering only a couple of dollars to potential blood donors, for example, may not be enough to entice them to spend the time and effort to donate blood. A paltry incentive that does not cover or exceed the personal costs expended may in fact become a disincentive.

The rule of cost-benefit analysis applies to more than economic decisions. I would venture to argue that it also applies to a great extent to behaviors related to the practice of religion. In order for people to comply with stringent religious obligations, the rewards, monetary and non-monetary, must of course be tantalizing. They must be something that believers really dream about and crave, such as a lavish eternal life in heaven with plenty of attractive virgins at their disposal as is promised by Islam. Similarly, in order to be prohibitive, the penalty for the unfaithful and nonbelievers must be frightening, everlasting, and dreadful, such as abominable hell fire.

Even though religious incentive schemes are not that elaborate, they have worked quite effectively throughout the centuries. Overcome by fear of tormenting punishment and enticed by heavenly amenities in the next world, individuals have been ensnared and manipulated by the promise of eternal salvation. Religious aggravators such as Mullahs – the modern day shamans – have told them that only they know what it takes to attain heavenly bliss. They want people to subscribe to the arcane belief that adherence to the codes established by them is the prerequisite for personal salvation. As such, Islam – as well as some other religions – has been transformed mainly into a set of incentivized rules that promise tempting rewards to those who obey them and dismal punishments for those who do not. Thus, for some, the expectation of egotistical rewards for piety has changed Islam into a self-serving belief system and self-interest has become the central impetus behind religiosity. Such a blinkered way of thinking has, indeed, undermined the power of the moral imagination and the worldview of ordinary Muslims. Consequently, Muslims have been transformed into a group of people (umma) who are obsessed with their specialness and engrossed in zero-sum-game mentality, especially when it comes to dealing with the followers of other religions.

Analogously, it can be argued that religion has utilized the incentive system to influence how people behave in just the same way that insurance companies utilize risk-sharing schemes, such as co-payments, to influence choices people make about their health. Imagine Mullahs prosecuting and punishing people every day, humiliating them in public, because they want to forcibly transform them into obedient devotees who will do whatever they are told for the sake of promised salvation. In the process, these obedient followers become the instruments of protecting or augmenting the vested self-interests of the ruling Mullahs who are fanatical about controlling people’s lives so they can maintain their grip on power. What else could be the motivation for such oppressive control? Why should these Mullahs care so austerely about strangers ending up in heaven or hell? What is in it for them? Obviously, the cost of one disobedient individual is not really that considerable; however, when a society becomes noncompliant there is a huge loss to Mullahs because their economic interests will no longer be protected. It is thus that their organized religion helps them to advance a hidden, self-interested agenda that remunerates them handsomely.

Because the reward for piety is so tempting and the threat of punishment so terrifying, people try their best to attain the reward and avoid punishment at any cost, even if it means resorting to what may be considered deceitful tactics. Ridiculous as it may sound, a routine practice in Islam after the death of a loved one is for the family to hire a surrogate, a Mullah, to perform the loved one’s unmet religious duties. Because such contractual transactions are common among Muslims, there are a number of qualified Mullahs ready to be hired to pray, fast, and perform the Haj (Muslim pilgrimage) ritual on your behalf even though you are dead! So relax, if you can afford to employ someone to repair your spiritual report card after you die, you will be saved. You can always reserve your place in heaven if you can afford to pay the price. Of course, I have no problem with the economic implications of such transactions since these create more jobs for Mullahs. However, a stranger performing religious duties on behalf of a dead person sounds utterly bizarre and cheapens the authentic meaning of faith and religious spirituality.

No doubt, people often do good things for society when they pursue their own self interests. Think of Microsoft for instance. The goal of this company, or any other business firm for that matter, is to unabashedly make a profit. However, in the process of pursuing that goal, they also create life-facilitating computer software without which many of us cannot excel. Contrary to this, people who pursue personal gain under the guise of faith, spiritual leadership, and religion become apathetic about the plight of others and unconcerned about the world and what is going on around them because of their fixation on self-gratification. This is, indeed, incongruent with the essence of true religion which is about spirituality, social salvation, tolerance, and bilateral altruism.