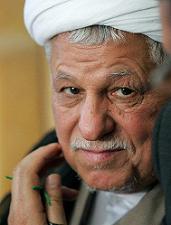 As the Persian Nowruz New Year fast approaches and Iran’s post-election crisis enters its ninth month, Akbar Hashemi Rafsanjani remains as mercurial a figure as ever in Iranian politics. True to his nickname of Kooseh, or “The Shark,” Rafsanjani has been paying lip-service to Supreme Leader Ali Khamenei while simultaneously signaling (if only tacitly) solidarity with Iran’s Green opposition movement. With his reputation as an incredibly calculating figure, it is hard to believe that this contradiction is coincidental. In fact, Rafsanjani’s high level of influence in the system may be paradoxically inhibiting him from more closely aligning with the Green Movement.

In many ways, Rafsanjani’s position resembles that of the boy who stuck his finger in the leaking dike in Hans Brinker’s classic tale. In the story, the boy’s plugging of the hole with his finger was not an attempt to solve the problem at hand, but rather, to prevent an immediate and far more dangerous outcome from occurring. Had the boy gone to fetch help to repair the dike, the levee would have broken and the city would have been flooded. By staying at the dike all night — not fixing the problem, but preventing it from worsening — the boy bought time until others discovered him the next morning and were able to make necessary, lasting repairs.

Rafsanjani may find himself in similar circumstances and equally incapable of making a significant move. Ahmadinejad and the Revolutionary Guard have shown no intention of curbing their quest to completely control the Islamic Republic. What started out hand-in-hand with the Supreme Leader (with his undoubted blessing of plans to rig the June election) has grown into something far greater. Only one month after the election, Ahmadinejad publicly disobeyed Khamenei by failing to immediately withdraw Esfandiar Mashaei as his top deputy after the Supreme Leader voiced his disapproval. A month later, he showed up unannounced in the Majlis parliament flanked by his armed bodyguards. Constitutional rights have been discarded in countless instances. Needless to say, Secretary of State Hillary Clinton’s that “Iran is moving toward a military dictatorship” appears troublingly accurate.

One factor that has arguably prevented a complete takeover of the regime from already occurring is the enormous weight that Rafsanjani carries inside of Iran. A father-figure of the 1979 Islamic Revolution, head of two constitutional branches of government, and a man of considerable wealth and influence, Rafsanjani has in many ways served as a buffer to Ahmadinejad’s megalomaniacal ambitions. And while by no means himself a democratizing figure, Rafsanjani’s perceived loyalty to the Supreme Leader (and the ruling theocracy) has gone to ensure that he remains a formidable presence in the country’s politics, thereby creating space for the Green Movement to breathe, evolve, and grow. Ayatollah Mahdavi Kani’s recent remarks labeling “those who want to exclude Rafsanjani” from the system as “irrelevant” speaks of just this clout.

This public backing of Khamenei came as recently as two weeks ago, when Rafsanjani reaffirmed his support for the doctrine of Velayat-e Faqih. “Our focal point is clear and that is the constitution, Islam, the principle of the office of the jurisprudent and supreme leadership,” he said. Statements such as this are far more calculated than simply supporting the Supreme Leader for the sake of winning political capital. Indeed, Rafsanjani is essentially forcing Khamenei to own the very mess that he created. This was just the case when he stated back in December and again earlier this month that the Supreme Leader is “the only one” capable of unifying the country out of the current crisis. While elevating the position of the Supreme Leader with false praise, Rafsanjani’s words actually directly clash with the regime’s official line that there is in fact “no crisis in the country” to begin with.

This obviously does not mean that the Supreme Leader will lead the country out of crisis, nor would it excuse his actions were he to do the unthinkable and actually reverse course and unify the country. Rather, it points to Rafsanjani’s maneuvering within the system. He is not with the Greens per se, but he is taking steps that will ultimately help their cause. He is not fixing the dike; he is plugging the hole.

But just as Rafsanjani has been cautious to not stray too far from the conservative camp, he has also been equally cognizant of the need to reassure the Greens that he shares many of their same concerns. His daughter, Faeze Hashemi, has phrased it less ambiguously, that her father’s demands “are the same as the Green Movement.” When asked of the possibility of political reconciliation, she went even further, stating that any compromise would be “out of the question” if it did not take into account the gross violation of people’s rights. The fact that the Iranian judiciary has now filed charges against Faeze Hashemi (and her brother Mehdi) for “fomenting riots” in Tehran only adds to the credibility of the Rafsanjani name within green circles.

Whether Rafsanjani is technically a ‘Green’ or not, comments posted on his website following his address to the Assembly of Experts are unmistakably similar to some of the criticisms coming from the leaders of the Green Movement. Comparing the current crisis to the events surrounding the 1906-1911 Constitutional Revolution, Rafsanjani said that certain individuals, while conspiring against the regime, pretend to be supporting the ideals of the Islamic Revolution. With the proper historical context, his message is less veiled: much like how the country’s very first National Assembly collapsed, leading to the coup d’etat of Reza Shah in 1921, the regime faces similar dangers today from those who carry the regime’s banner but stray from its ideals. Mir-Hossein Mousavi made a similar assessment when he told Kaleme in a post-22 Bahman interview that the refusal to listen to the people’s demands “is a sign of tyranny and a distortion of the ideals of the Islamic Revolution.”

And while “the Shark” has kept a relatively low profile during the last few months  — at least when compared to the increasingly pointed rhetoric of both Mousavi and Mehdi Karoubi — his maneuvering within the Islamic Republic’s framework points to a strategy to align with some of the more immediate goals of the Green Movement. Just as Mousavi called for the reform of electoral laws in his 17th statement, the Expediency Council — a constitutional body which Rafsanjani chairs — began considering a proposal that would take away the Guardian Council’s vetting role, and instead give it to a new “National Election Committee.” The committee, not coincidentally, would be under Rafsanjani’s supervision at the Expediency Council. It should also be noted that Rafsanjani himself alleged election fraud following his defeat in the 2005 presidential election to none other than Mahmoud Ahmadinejad.

Yet it would be remiss to neglect mentioning that Khamenei ordered the new election plans to be drawn up . The plans, in other words, outdate post-election developments. Irrespective of their origin, there is no chance that the regime, facing its greatest crisis since its inception, will suddenly decide to make itself more democratic, and inevitably, more vulnerable.

Rafsanjani’s intentions should not be seen in an altruistic or nationalist light, either. While his political alignment with the Green Movement can be debated, if he is indeed scheming to help the Greens, then he is surely being driven in part by his own political ambitions. For this was Khomenei’s right-hand man, a two-term (and almost three-term) president, and still the head of two powerful constitutional bodies. He is Iran’s de facto number-two. Helping the Green Movement’s cause ultimately helps his cause: more power. And while Rafsanjani’s primary concern may currently be preventing Ahmadinejad from tearing Iran’s already-polarized political landscape asunder, that may in time prove to be only secondary to his grander scheme of being the boy who saved the city from ruin.