A plea to all true Iranians and true human beings. 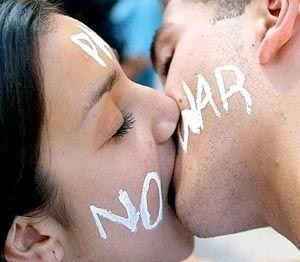 A plea to all true Iranians and true human beings.

I represent no one but humanity, I represent no ideology but Freedom, liberty, and security for my mother land. I represent no group but groups who have true love of Iran. No one has appointed me to any capacity but the capacity of being a human being.

I am making a plea, let me lend my voice to yours, let me join you despite our ideological differences, despite our physical location, despite our gender, age an social class to join together in stopping the so called SANE WORLD from making another Iraq out of our beautiful mother land.

Lets all join forces on keeping the catastrophic consequence of sanction and war on our nation in forefront of news day in and day out.

Lets join together to do this small sacrifice for our beautiful fighting young women and men that are already being murdered, imprisoned, raped, beaten and suppressed on daily basis by the imposed Islamic regime.