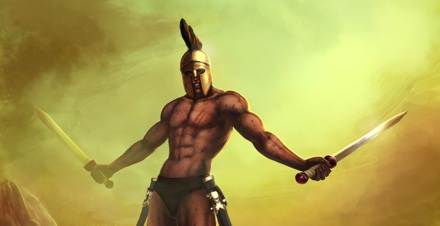 Not a sacred warrior,
Nor with a bayonet blessed by God.

Not even a human being,
Just a simple peasant, a surrogate,
A sacrificial lamb, a frightened child,
Chosen by the rich to be an instrument of war.

A cold-blooded, battle-trained beast,
A mindless savage ordered to kill.

A molded piece of steel, an object, a gear,
A very small cog in a far-reaching engine of death,
An insignificant fleck in the overall fabric of life.

A negligible notch on the handle of an enemy’s gun,
A mere afterthought for those who extol the wonders of war,
An unkempt grunt,
A lonely gutted, blood-spattered corpse lying on the ground,
Something like the trivial crush of dead dog on a lonely country road,
Dead meat with a tin tag.

A sacred breath of life having been stripped from its mother’s womb,
A father’s pride, his very best friend,
Someone whose name is Abdul, Mohammed, Ishmael, Ibrahim, or Hassan,
Or then again perhaps even Mike, John, Mark, Eddy, Ben, or Bill,
A world diminished by the loss of another precious child!