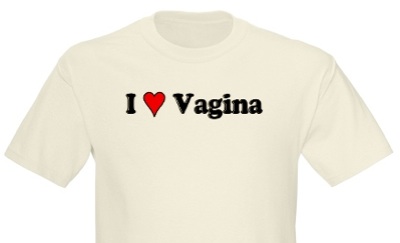 After a long day of shopping — almost one full hour — I sat down at the food court to recuperate from the crowd and the culture shock I had just experienced watching how men’s clothing had been art deco-ed back to the 70s since last time I shopped.

In some aspect it was refreshing seeing my dad back into the future right in the mirror at the dressing room. I got some flashbacks to his morning rituals, exotic shirts, a collection of Italian suits, a hanging jungle of matching ties, smell of polishing wax on my hands and his cologne bath. Not a slightest resemblance to what a workingman looks like today.

As I was munching on my greasy Mexican-made Japanese food, I noticed a mud-headed teenage boy with a pink T-shit and a pasty smile passing by while chasing girls.

What came next was astonishing. So please sit down, put the bowl of cookie dough or Ashe Reshteh away. Shoo away the whining kids who are circling around your computer and be aware that what I am about to write has the highest parental advisory rating. To write this part I had to sit down at the no-kids-fly-zone of the double-espresso section of the bookstore where 50-year-old virgins discuss Tibetan meditation.

So, as this kid was passing by, I noticed some script on his chest. At first I thought I saw a Coca Cola logo but thought heck, Coca Cola doesn’t start with a V. I focused my pupils beyond the recommended rating surpassing my eyeglasses’ number then tried to read again. My pupils lost the focus instantaneously after the first confirmed read but in a split second my eyes gained a rare magnification and read again, “Vagina”.

From that point on I was in a state of first night of second Iraq war, trying to understand if what I saw made any sense. As a matter of fact, I remembered the first time I noticed this design on another Teen’s shirt a while back but ignored it with an I-must’ve-been-mistaken assumption.

Now I am staring at my cold food trying to draw a logical line between Coca Cola and Vagina but to no avail. I have seen adult novelty shirts with an I, a picture of fork and a picture of a cat or an I, a picture of a heart and the word Vagina. They all made sense to me but this one is yet to be matched with items in the pictorial dictionary of my memory.

In my late 30s I feel very old or old-fashioned at best. I remember my mom’s words when I was a teenager and she was giving me grown-up advice. Once she asked me if I knew why crows lived 300 years? I replied with a half-open mouth and popped-up eyes, “they live 300 years?” She said, “yes, and it’s because no-one has ever seen them mating in public.” My mom’s mystical approach to sexuality not only stayed with me but it evolved as I did.

Aside from the stupid design that I just saw, or the implication of new modern parenting skills, this tells me the mentality of the new generation. Women are walking sexual organs. So now I have figured out my answer and my brain is screwed-up. I put myself under this teen’s skin for a moment and try to explore the world through this new vision. Here it comes a cute short vagina. Ah, that one is tall and tight, ooh a chubby one, and so forth.

So I now have differentiated a women’s character from her sexuality, or for lack of better words, I have shoved her existence under her striking appearance. If this is all what Generation Z can see, women won’t have any choice but to follow and accommodate.

Now comes the question that if this is another byproduct of feminism? We know that initially women had to break away from the tradition in order to gain control and make room for independence. But as any movement starts to push the boundaries and as it gains more popularity it eventually accelerates and goes beyond its original ideas fearing that at the end it will leave a distorted image incomparable to what has initially shown to everyone.

One of these new boundaries to explore was women’s sexuality and freedom in sexual encounters. In tradition this was a sensitive topic, a taboo, but modernity as a whole and feminism as one aspect of it is against most traditions if not all. Tradition to modernity is a collection of all sensitive stuff. It’s rightly put that the vagina belongs to women and it is up to them how to use it. If men are reckless and fearless about their penis, women can as well.

But let me ask if by doing this we are to curb men’s domination? Or unconsciously we are letting women to dominate men’s domain in recklessness and fearlessness? I guess at this point a feminist answer is of little relevance since we all know regardless of what our intention towards women is, we are not curbing anything but simply promoting carelessness.

Let’s go back to the first question. Does a crow live 300 years? Maybe it does not, but a crow’s mystical tradition is to show us not to advertise our sexual rituals. That we should treat human sexuality as a sacred ritual no matter how tempting modern messages are.

The problem of sex is not about a woman or man’s individuality but it is about a woman and man’s union. Maybe this is the part that feminism fails to realize, that for any justified or unjustified reason, the moment we separate women from this union we will open the door for much larger but hidden male domination.