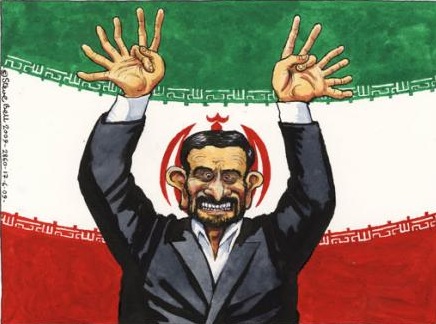 I remember very well the era of a couple of years before the revolution. The anti Shah propaganda was so strong, and anyone who attempted to defend some of the things that were going on in Iran was rapidly tagged as an idiot, insensitive to the plight of the poor, and the pain of thousands of victims of Savak and the bloodthirsty Shah who was a puppet of USA and a servant of Israel. The underlined were some of the propaganda talking points which had been deliberately and systematically being implanted all over Iran. I had no illusions about what was taking place in Iran and even at a young age had a good handle on many deficiencies our country was suffering from, but I also benefited from parents who constantly reminded me on how far the country had progressed in a few years. I often found myself alone in trying to put off the fire which I felt was engulfing in Iran, since most who felt like me had been taught not to get involved in politics. The constant anti-Iran propaganda had worked to perfection, especially on our university students getting our country ready for the national suicide that was to follow. Well that was then…..But what about now?

Is our youth any less susceptible to the constant barrage of propaganda that goes on around us, both inside and outside Iran? I see the same type of propaganda, this time targeting both Iran and America. I have yet to come up with any good explanation other than the same entity that sacrificed a decent Iran for it’s own survival is now after an even bigger victim – America. I think the great success of America and it’s new allies, coupled with the constant crash of the British and the Russian empires after WW2, once again caused a dark alliance (after the 1907 Anglo-Russian Entente) between the two.

As an Iranian/American I can’t help but to notice how easy Iranian youth in America can be navigated to serve political agendas of the Democrat Party, even when they are in direct conflict with American interests, and the national interests of Iran and Iranians inside Iran. My intention here is certainly not to take sides with either political party (I think they both require serious overhaul), but to examine social impacts of propaganda on the Iranian youth. Discussing different political issues with our youth these days brings back sad memories from the pre-revolution era. Seldom one encounters Iranian youngsters focused on specific issues, examining pros and cons of different issues subjectively, and not affected by the widespread propaganda – often using propaganda points and one-lines in their arguments. Mention the name Rush Limbaugh and all you hear are words like racist, warmonger, drug addict, insensitive to the poor and needy, anti-gay, anti women, ………. Yet this man is the most listened to in all of America. He must be saying something right otherwise he would not excel to such high levels of becoming the mouthpiece and top propagandist for the Republican side. How is one to protect him/herself against Rush and others like him if all you have to negate his propaganda is more propaganda? We must realize the fact that there is no way we can agree with a person on every issue, or disagree with 100% of what another person has to say. And Of-course this is not limited to our youth, since use of propaganda in today’s America has spread into news media as well as popular comedy and talk shows.

So, for the sake of Iran and America, especially at times when Iran is in a hole and America needs a decent ally in the world – please protect yourselves against falling for to the many propaganda machines active all around you. Also, if you are in America, please don’t get too involved in the Republican versus Democrat games – they are both equally susceptible to the bigger danger which means harm to both Iran and America.