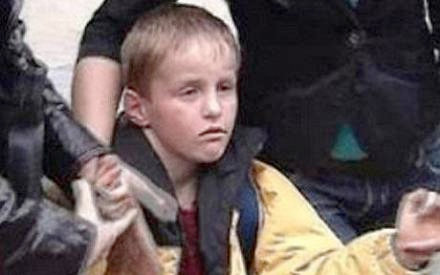 The mother of an American woman, a single mother who had adopted a Russian boy last year, has put the child on a plane to Russia and ‘returned’ him claiming the child behaved in a ‘violent and psychotic manner’.

I have to wonder at 7, what must be going through the mind and heart of that child. I’m sure having been an orphan in Russia was no party in itself – add to that being adopted by people whose language you don’t speak, moving to a place were nothing is familiar and now this.

What has our world come to I wonder. I’m not quite sure what to think. I just read this on a CNN news blog and don’t even know where to begin processing it. ‘Wondering what others out there think about this.

Here’s the link to the story: